My hands were sweating again.

Of all the things I expected from this sales meeting, an “easy win” was not one of them.

I spent six months working on a deal with four tough senior managers. Each of them voiced a flurry of objections at every turn.

And now I had my shot with the decision maker — an executive in her early 50’s with a reputation for relentless questions. But just before my presentation ended, she surprised everyone with an eager interruption.

Amazingly, this deal closed without her seeing a product demo. Despite spending over $200k.

That’s the power of making a bullet-proof business case. The kind you’re going to learn to make in this post.

Most salespeople haven’t learned this skill. Only the highest-earning sellers know how to build a business case like this. When you learn it, it’s like having a superpower.

We’re going to move you into that group of high-earning salespeople.

The Worst Way to Build Your Business Case In Sales

Before you learn how to present a killer business case, here’s a warning (Ignore it at your own peril): 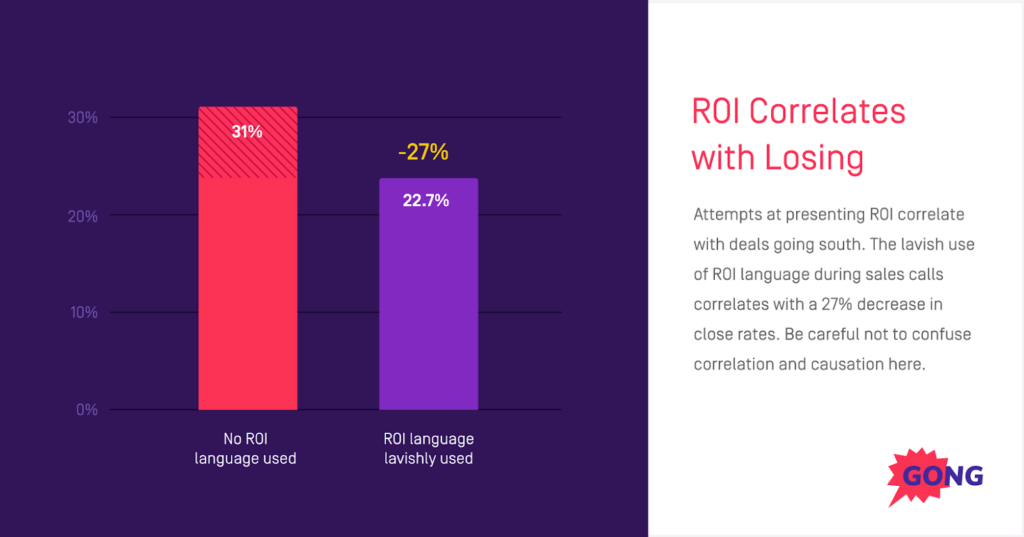 Let’s pause and unpack that.

I’m not saying that attempting to prove ROI doesn’t work. Correlation ≠ causation. What I am saying is that any of the following may be true:

It almost doesn’t matter which of those it is. The technique you’re going to learn to build a compelling business case solves for all three at once.

Why “Proving ROI” Is a Loser’s Strategy

Presenting ROI to your customer awakens the wrong part of their brain.

The human brain has two parts: logical and emotional (this is grossly oversimplified). Your goal as a seller is to push the right buttons in the emotional brain. That’s where buying decisions happen.

When you calculate ROI, you stimulate the logical brain: The part responsible for critical analysis. That’s why every time you present ROI, your customer rolls their eyes and argues with your assumptions. 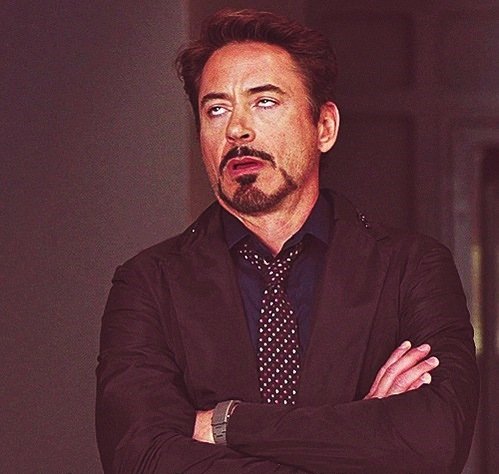 Your customer views your ROI calculation as sophomoric. They think you’re making too big of a leap between what your product does and the expected financial return you’re waving in front of them.

Hey, you asked for that criticism. You’re the one who put them in a confrontational frame of mind with your fancy ROI spreadsheet.

That dry approach only works when your customer is already “sold.” It helps them rationalize their decision as “good business.”

In every other case, here’s what to do instead.

How to Build Your Business Case In Sales

This neutralizes your buyer’s logical brain. It puts it to sleep, so to speak.

Stories access your customer’s emotional brain. They let you slip in your business case under the radar, cloaked as a narrative.When you tell your story, mention the financial metrics (i.e., ROI) as a passing detail, rather than as the primary focus.

This approach invites your customer’s emotions to run the show. It gives them just enough numbers to rationalize their emotions.

And remember, humans are irrational creatures. We come up with elaborate rationalizations to justify our emotional decisions.

People buy on emotion and justify with logic.

The key to getting your story right is telling both the before and after customer story. Most salespeople forget the “before” part. But as Tim Riesterer at Corporate Visions says:

Value is perceived in contrast.

Without the “before,” the “after” has no context and falls flat.

Here’s a slide from one of our business case decks so you can see what this looks like: 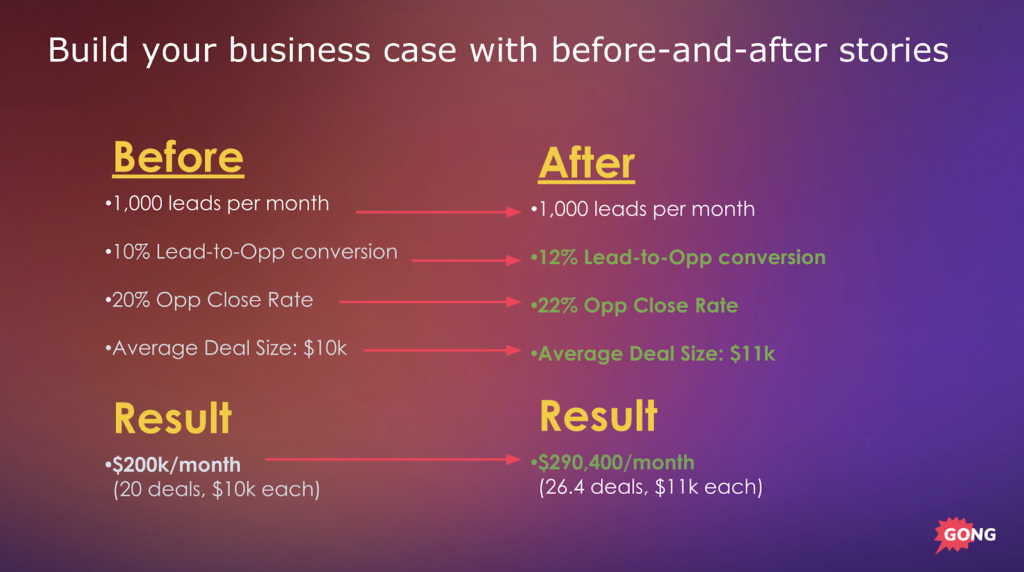 We use this slide as a backdrop for a conversation. The conversation itself focuses on the story, complete with emotional highs and lows.

The beauty of this approach is that your customer has no ROI assumptions to argue with. There are no lofty calculations that raise eyebrows. You’re simply telling a story. If it resonates, your job becomes much easier.

There are four steps in building a compelling business case using customer stories. Each step expands on the last.

Want to learn how to build yours?

Get it for free today. You’ll learn to “wow” even the most scrutinizing CFO.

PS: Let’s talk to each other…