It’s Monday morning, and that can only mean one thing – it’s time for your pipeline review.

Your team shuffles in reluctantly, yawning, coffee in hand.

Within minutes, most of them are on their laptops or phones, zoned out and waiting to update you on their deals.

Everyone rattles off the same thing: a list of their deals, next steps, and forecasts for the month.

The meeting ends and everyone heads back to their desks. You have no idea if they got anything out of the last hour.

If this sounds familiar, your pipeline review is BROKEN.

Pipeline reviews happen at every sales org. Because when they’re done right, they fuel deal success.

When they’re broken, they’re a waste of time and money — a tedious way to tackle pipeline management.

Let’s turn that around so you can maximize your most expensive meeting.

Depending on your team’s size, you may easily have more than $1M in salary sitting at your pipeline meetings.

You’re paying people to be there and losing the revenue they don’t generate while they’re in the meeting.

If you pull everyone off the floor for an hour-long meeting, it had better be worth it.

And it can be.

Here are our top tips to elevate your pipeline review to world-class status:

Tip #1: Focus on the Future, Not the Past

The rep-to-sales-leader information dump is killing you. 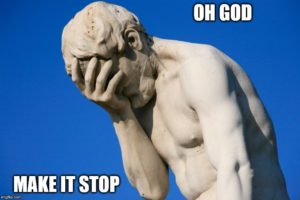 Here’s the thing… you’ve got your smartest reps in one room and they know your customers better than anyone.

Here’s how: Instead of focusing on deal history, focus on deal momentum.

Don’t. Instead, talk about what should happen next in the sales process.

Capitalize on your team’s tribal knowledge. Get them to share what’s working during your pipeline review, so everyone can take action to move deals forward.

(PS: Give yourself the upper hand to overcome any buying process with our Closing Kit Master Class)

This one’s a quickie.

Everyone’s laptops should be closed.

Phones should be down.

This is sacred time. You’re asking people to help each other, and that’s a team sport that requires everyone’s attention.

Your pipeline review is an opportunity to learn and contribute, not catch up on emails.

Getting rid of distractions is a sure-fire way to draw everyone’s focus to the task at hand: strategizing on deals.

Tip #3: Target One Deal Per Rep

Every sales rep can rattle off deets about a bunch of deals.

But that’s just an information dump and it sells your team short.

They’re capable of more, so get them to take things up a notch. Move them into critical thinking.

Ask your reps to bring their single most pressing deal to your pipeline review. Have them explain (quickly) where they’re at and why they’re stuck.

Have everyone collaborate on that deal and collectively figure out strategies to help it close.

There are a ton of side benefits to this approach:

It turns new hires into veterans faster than you can blink. How? By having them learn a ton of strategies in record time from your top performers.

It also promotes accountability, as each rep has to come back to the table next week and tell the team what happened.

And finally, when your entire team collaborates, closed deals are a win for everyone.

Tip #4: Make Your Playbook Work for You

You expect your entire team to know your sales playbook and use it on the regular.

There’s a play for every scenario, and monthly/quarterly numbers tell you (in general) whether those scenarios work.

In your sales pipeline review, you can go deeper.

There’s nothing as valuable as hearing how everyone applies your playbook in the real world, specific to your company’s circumstances.

Rockstar veteran reps can share tactics on how they’ve looped in decision makers or handled procurement demands, along with other complex skills.

Everyone hears firsthand how the team’s superstars land deals.

Your job as a sales leader is to combine those best practices to create exceptional working strategies and help your team win as many deals as possible.

You want every rep to leave the meeting with next steps they’ve committed to, and report back next week.

That follow up is incredibly important. After all, if you’re not following up on whether strategies work, what’s the point?

Use what you hear to fine-tune the details in your playbook over time and put it into hyperdrive.

Tip #5: Focus on Results, Not Stories

Stories are fun but they don’t get you real results at the end of the month.

They’re not predictive and they’re a HUGE time suck during pipeline reviews.

There’s an endless backstory for most deals; where your lead came from, why the VP missed the first demo… on and on it goes. That history has its place, but it’s not during your sales pipeline review.

Moving away from stories is tough. People love a good story.

But you MUST eliminate them for the sake of effectiveness in your pipeline review meetings.

Focusing on results instead of stories is a great way to reframe your pipeline meetings and zero in on data instead of anecdotes.

This pipeline template is THE antidote: use it turn your pipeline reviews into full-blown deal strategy sessions.

Reps have little choice but to base their forecasts on guesses instead of reality.

They rely on their guts to answer the (ever-present) question: “So do you think they’ll sign this month?”

If you find yourself asking these three common questions during a pipeline review, you’ve likely fallen into the trap of “shot-in-the-dark forecasting”:

Get those questions out of the way before you even walk into your pipeline review.

How? With analytics derived from conversation intelligence.

Beat™ – the newest addition to Gong.io – lets you easily see any account’s status before the meeting begins. 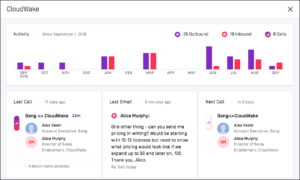 You can skip the anecdotes when you already have the answers.

If you know exactly what’s happened inside your team’s at-risk deals, you can spend more time on creative deal execution.

You can even have advanced intelligence on deals, such as email velocity (the #1 signal if your deal will close).

Let objective input be your guide. Understand how deals are playing out so you can have meaningful discussions and more accurate forecasts than ever with pipeline management software.

Make these six changes to your pipeline management strategy and you will see a major impact on your quota attainment.

In a nutshell, it’s how you build a sales TEAM.

Here’s How to Close Your Pipeline

We’ve pulled together everything you need in our Closing Kit Master Class. It’s a crash-course in deal control, which is exactly how you increase your win rates. It includes deal-sealing tactics that give you control over the sales process.

They’re like jet fuel for pipeline reviews. (For real).