Visibility into phone calls and web meetings is powerful, but it doesn’t give you the whole picture.

Your team closes deals through a series of conversations that include emails. Often dozens of them.

Those email conversations are a big part of any sales cycle.

If you’re a sales leader, you’re in the dark about what’s happening there. You have to rely on anecdotes from your reps to understand what’s going on with an account.

This filtered view can leave you surprised when you lose deals you thought were on the right track.

We’re thrilled to announce Beat™. It extends Gong visibility into ALL your customer conversations, including email.

And it brings your customer conversations from every channel together in one timeline for each account or opportunity. Here’s what that looks like: 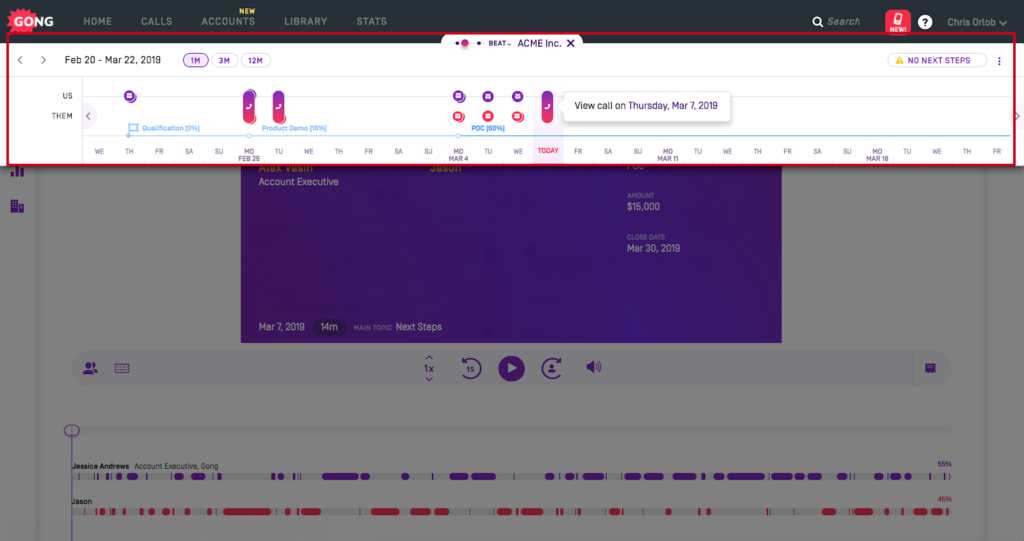 Beat™ connects directly to your email service (Google or Office 365) and captures email interactions between your team members and customers.

You can drill down into their email conversations to get the full picture: 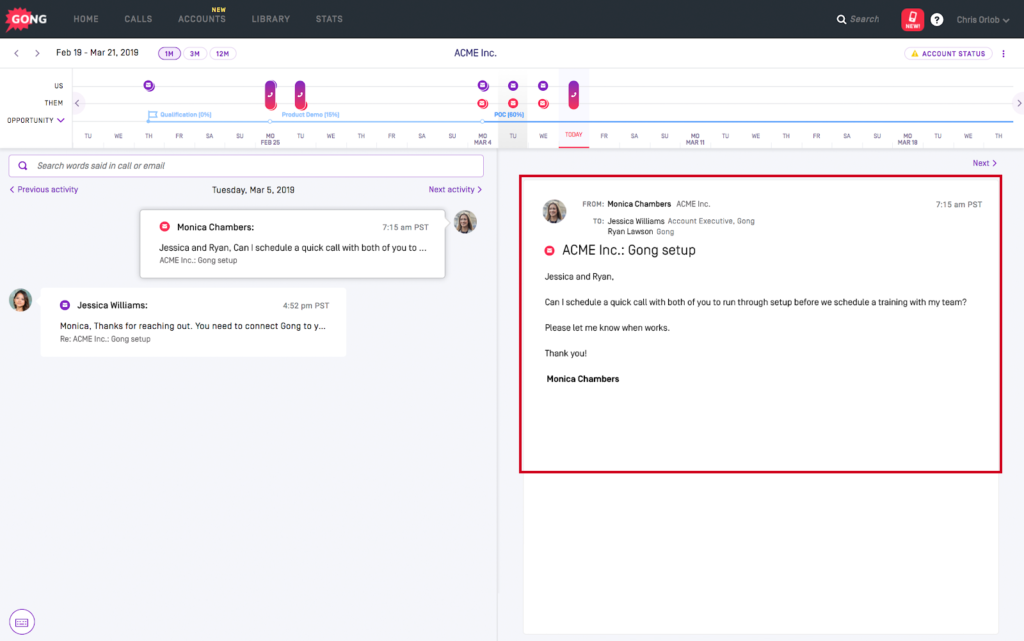 You get an unfiltered view into your business like never before.

Here’s why sales leaders are raving about it …

Deal reviews are a game of “I said, they said.” And you’re stuck relying on anecdotes from your reps. 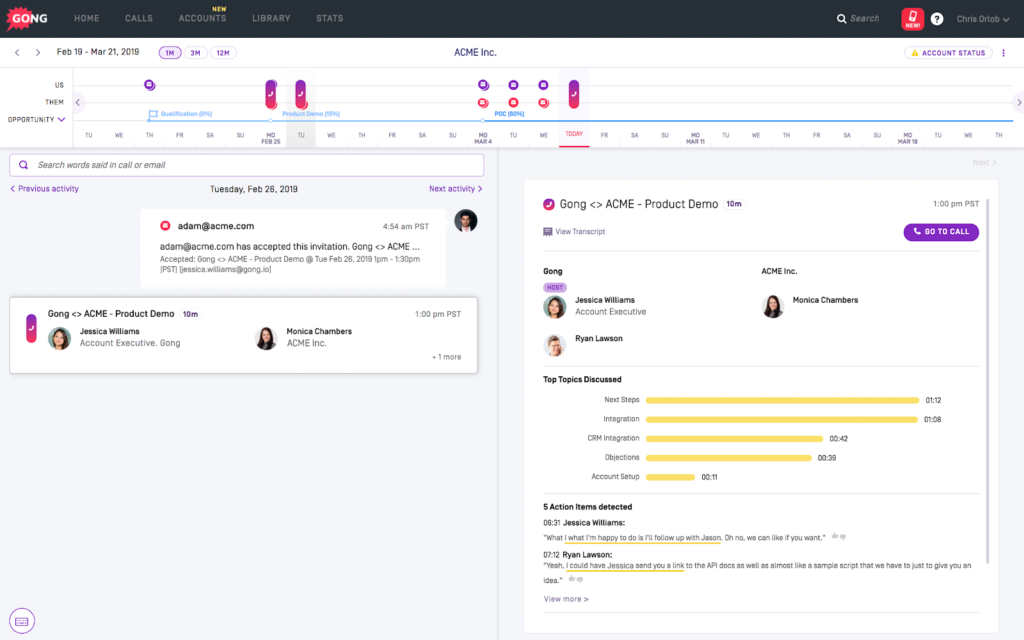 This skyrockets productivity in your deal review sessions.

Beat™ helps you save deals before it’s too late.

And if a deal has already gone south, you’ll know about it before you commit that deal to your forecast.

You can see whether each deal has strong momentum or is fizzling out and needs your help.

You’ll know whether each deal has a firm next step, which helps you speed up your sales cycle: 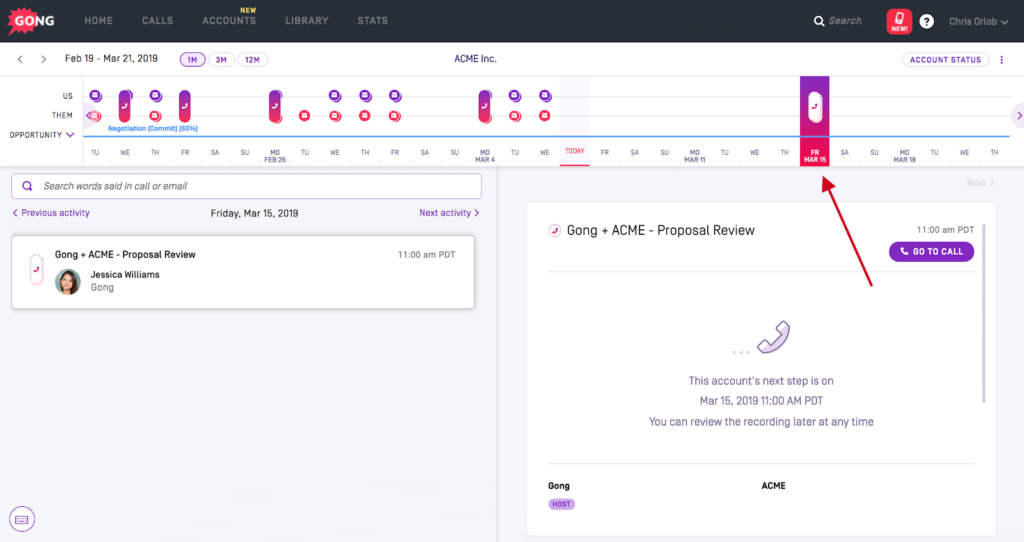 Here’s why REPS love it …

It’s not just sales leaders raving about Beat™. Reps love it too.

People are RAVING about this…

Here are a few testimonials from people who had early access to Beat™. 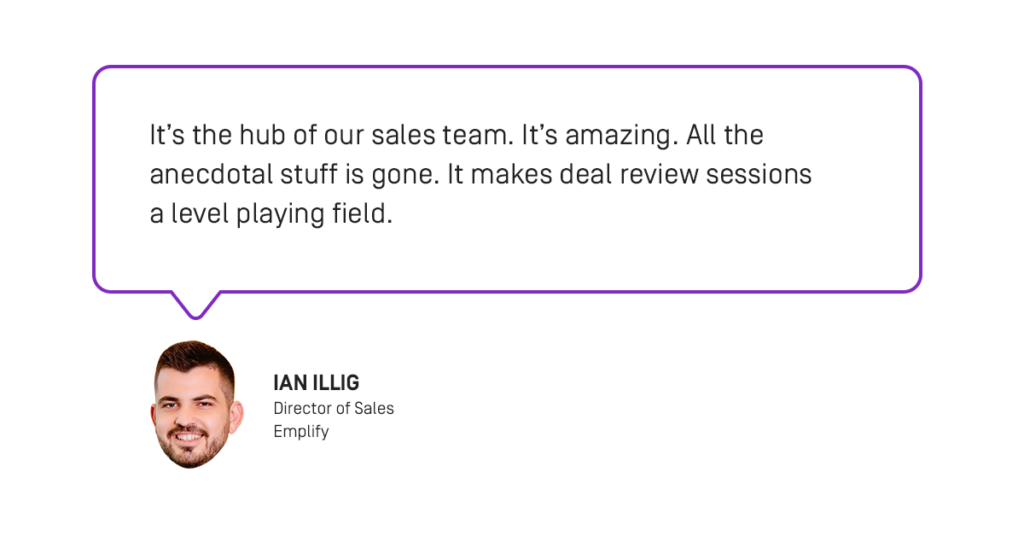 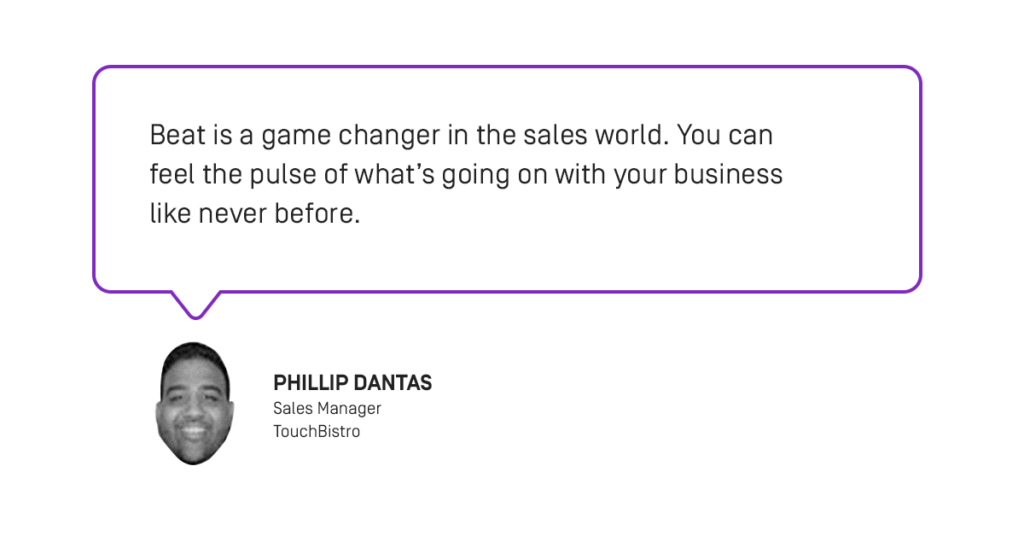 Here’s what to do next

Want to see how Beat™ can help you win more deals and speed up your sales cycle?

If you’re a Gong.io customer, I have good news: You already have access to Beat™.

Talk to your Customer Success Manager to get rockin’ and rollin’.

Or, email our support team.