“We’re a fast-paced organization that builds and brings commercial products to market for businesses that are growing quickly. And the majority of the company is remote.”

You read that right.

Their team, spread across the United States, has built over 175 products on the Salesforce platform and brought them to market on the AppExchange.

With reps in every timezone selling this technical service, CodeScience set out to ensure the right things are said on sales calls, and that client needs are met in handoff and beyond.

“We started to rework our sales process about a year ago,” recalls Director of Sales, Jeff Goree. Because the CodeScience team is no stranger to technology, they weren’t afraid of adding to their tech stack to level up their selling. 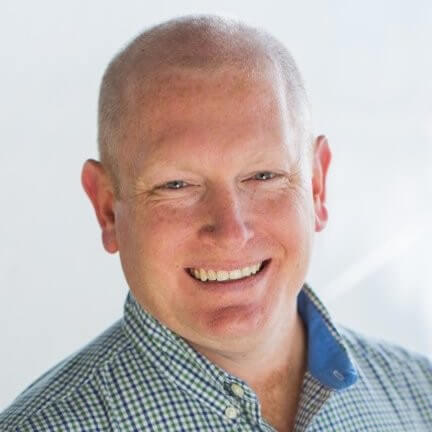 “I came across Gong.io at Topo Summit in 2016 and immediately thought it was great,” Jeff says. “It hinges around the ability to coach people and provide feedback, which is a full-time job on its own.”

He adds, “Our team’s philosophy is that we’d rather invest in a small, productive team than a massive sales org that is all over the place. So, we bought Gong.io to accelerate the skills of the business development managers we already had.”

Collaboration & Visibility for a Remote Team

“It’s pretty astounding that our team is completely virtual,” Jeff says. “Gong.io holds our entire team accountable to the conversations we have or don’t have.”

Jeff goes on to say, “As a sales leader with remote reps, this is critical to my success. I can check in on their conversations and offer feedback, even if I’m on a plane without WiFi, or not physically in the same office.”

So, how is CodeScience’s specifically using Gong.io for their remote team?

One of the key benefits of using Gong.io is that it helps CodeScience focus on their customers. “The recorded calls allows us to spend less time taking notes. Instead, we revisit the calls later to jot down anything important and spend more time listening to what our customers are saying,” says Jeff.

Because CodeScience is in the professional services space, knowledge transfer is king. He adds, “As soon as we complete a call, we’re quickly able to tell our delivery organization to listen to a particular recording to ensure they can provide customers with exactly what’s needed.”

Along with replicating the structure and talking points of successful sales calls, they pay close attention to finer details, too.

“Pricing is a huge area of focus. We’ll go in and see how a successful change order conversation went. Or, if a rep is saying that a prospect is asking for a discount, I’ll listen to the call and try to determine a bigger pain point we can solve for,” Jeff says.

Conversation intelligence has also saved Jeff’s team from being too technical on sales calls. “Early on, my team wanted to be very technical on the sales call. They don’t want to let go of that technical expertise. It was something they took comfort in.”

Because top reps have more success when they’re less feature-heavy, Jeff and his team are monitoring how much technical talk they’re having in conversations.

Anyone on the customer success side of the sales process usually shares a common fear – the sales rep on the account made a bunch of promises they couldn’t keep. CodeScience uses Gong.io to prevent that from happening.

“We make a point for our sales team to be as transparent as possible during the handoff process,” Jeff says. “Our reps are able to show the project team the conversations they had with clients, and highlight what the customer did or did not respond to.”

From a delivery perspective, “it’s first-hand data of what was said so that confusion can be avoided at all costs.”

As CodeScience continues to scale their efforts, we’re excited to help them along the way.