“We had a ton of inbound leads,” Paul told me with a serious look on his face.

“But our close rates weren’t keeping up, and I couldn’t answer why.”

Planted in the heart of downtown Toronto — a place swarming with tech talent — TouchBistro was lucky enough to have a top-notch marketing team.

They continually generated a flood of inbound leads to the fill his pipeline.

But, as Paul stated, there were “broken links” in the revenue chain, and he was short on being able to answer why.

Like many SaaS sales teams, Paul has a specialized sales model.

Inbound leads were passed to his SDR team, responsible for scheduling a meeting with an account executive.

But the rate of converting these leads into sales meetings was low.

Despite their high quality.

The same story could be told of his account executive team.

AEs were responsible for conducting sales meetings and marshaling deals through the rest of the sales process.

But close rates on these deals weren’t where Paul needed them to be to make his number.

A “Black Box” to Get Inside Of

As an ex-Salesforce veteran, Paul turned to his CRM  for answers.

What did the notes say in these lost deals that could shed light on what was going on? What happened? Why were deals being lost? What were the common patterns?

But a few quick notes from the rep in each deal record hardly provided enough context for Paul to get clarity.

“Our sales conversations were a black box, and we needed to get inside of them,” Paul told me.

Acknowledging that the CRM couldn’t provide answers, Paul put a stake in the ground that he and his sales managers would get visibility into frontline sales conversations to get these conversion rate issues solved.

Convinced that visibility into sales calls and meetings would help him understand the issue, Paul turned to recording sales meetings in GoToMeeting.

Every rep was responsible for recording their meetings and submitting at least one per week for feedback and review.

The limitations of this approach quickly became apparent.

When they did record, they had to go through several steps to upload recordings to a cloud platform and share with their managers.

And it bogged down the sales management team.

Reviewing raw meeting recordings was slow, and they just didn’t have the time.

Sales managers spent their Saturdays reviewing GoToMeeting recordings so they could provide their reps with the coaching they needed.

Despite their best efforts, conversion rates remained stubbornly unmoved, and Paul went back to the drawing board.

Paul spoke with several sales leaders in the Toronto area who were getting the visibility they needed to drive higher close rates.

They were using a new technology called conversation intelligence, and dozens of sales teams in the Toronto area were having great success with it.

Gong.io was repeatedly mentioned as the top-rated solution.

Sales leaders in the area were using Gong.io to analyze their sales team’s calls, identify winning call structures, and enable frontline sales managers to coach their reps with efficiency. 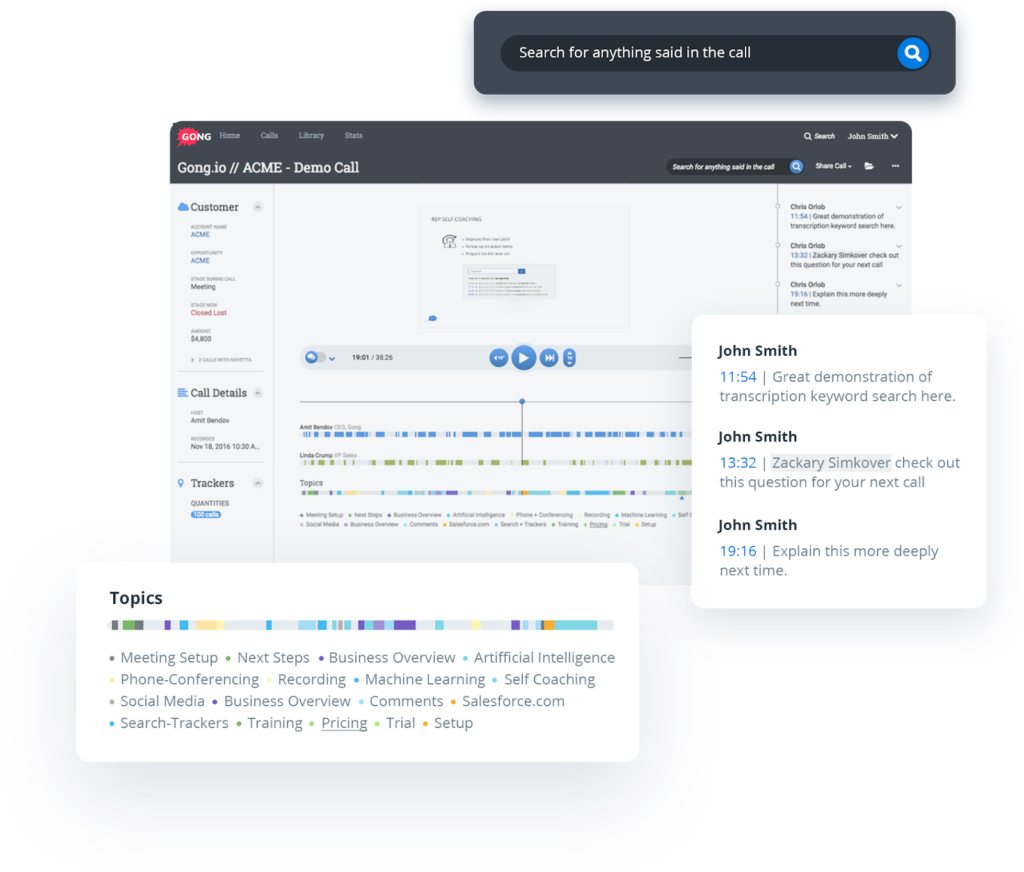 Paul connected Gong.io to both GoToMeeting and his RingCentral phone system to identify the selling behaviors of his top performers by analyzing their call recordings.

Immediately, Paul was able to see how his most successful reps structure calls at each stage of the sales cycle (and how their approaches differed from those of low performers).

The most striking difference Paul discovered was the order in which they presented software, hardware, and services during their Solution Presentation.

Top sellers structured these calls completed differently than their peers did.

Once this pattern was identified, the sales managers developed a call framework around it that other reps could follow. 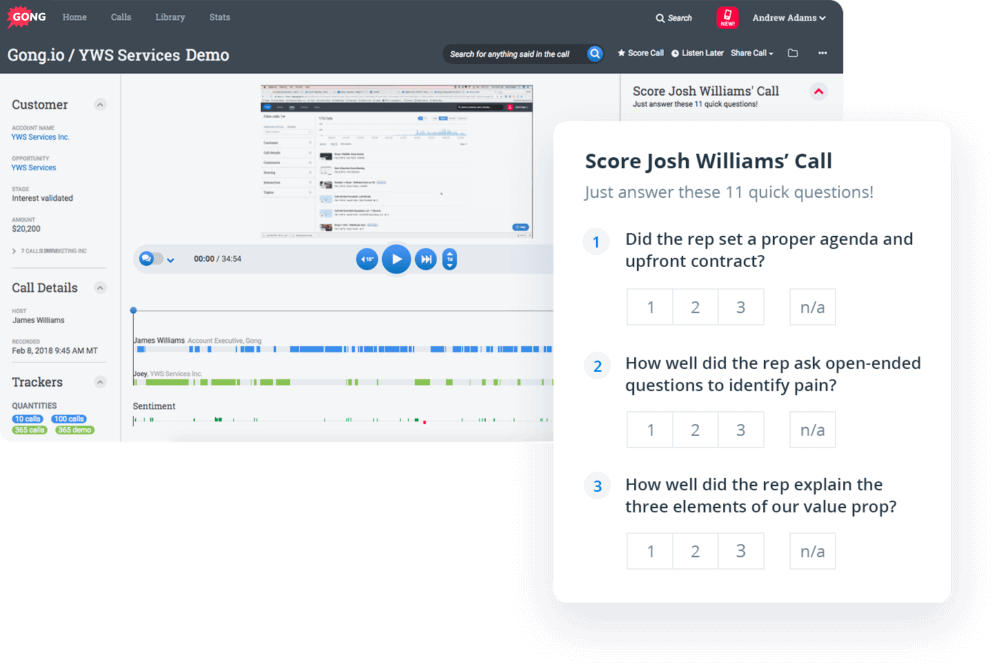 The ability to analyze successful selling behaviors and continually coach against them in Gong.io led to some impressive sales team achievements:

After the first month, Paul saw a 10% increase in close rates across his entire account executive team.

A 10% shift across that many reps carried enormous leverage. Profiling what their best reps did at every call in the sales process improved the entire team’s call and demo effectiveness.

The team’s average lead-to-opportunity conversion rate on inbound leads increased by 12% due to more effective calls.

In addition, Paul knew another metric was critical to measuring the team’s success — moving everyone toward quota.

Ultimately, Paul went from having conversion rates that weren’t getting the job done, to having the leverage to upskill his entire sales organization.

“Our managers and reps rely on Gong.io to boost their close rates, self-coach and hit their quotas. It’s been an incredibly successful rollout,” Paul concluded our conversation with.

Click the banner below to see Gong.io in action.