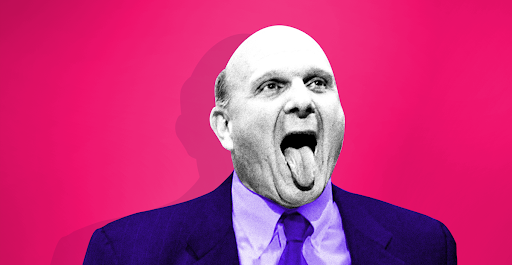 Are you trying to take your sales success to the next level, but frustrated in your path to get there?

If so, you’ve likely overlooked a simple concept:

Sales success is a chain-link system.

In a chain-link system, the performance of the whole is limited by the weakest link.

When there is a weak link, the system does NOT perform better if you improve the other links.

A military convoy is a good example of a chain-link system. It travels at the speed of its slowest vehicle.

There’s no point in improving the speed of the other vehicles if there’s a slow one holding everything up.

That slow one is the limiting factor.

It doesn’t come down to a single thing.

It comes down to a combination of sales skills and personal attributes. 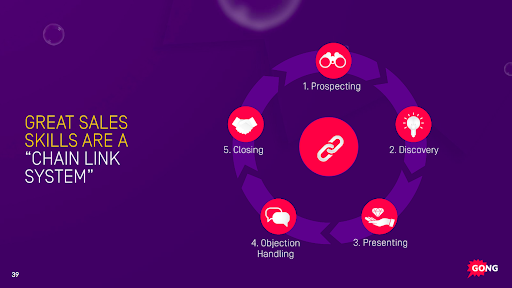 Once you’ve achieved moderate success in sales, getting to the next level is limited by YOUR weakest link.

If you improve one aspect of your system, it won’t improve your success if it doesn’t address your “limiting factor.”

(You may want to read that sentence again).

For example, let’s say you’re great in these areas of sales:

That weak link will limit your success.

That’s true regardless of how great you are in the other areas.

It’s your limiting factor. The slowest vehicle in your convoy.

Deals that should be a “sure thing” crumble if you can’t address a show-stopping objection.

You can swap out any of the above areas as the limiting factor, and you’ll get the same result:

That’s because it’s not the individual components that matter, it’s how they work together as a system.

Sales success doesn’t come down to a “secret sauce.”

Great salespeople are not dramatically better at any single skill than an average salesperson.

So what makes them great?

Here’s where their magic comes from:

They’re just a few points better than their peers in every area of sales that matters.

Their “chain-link system” fires on all cylinders and isn’t impeded by a weak link.

They are a tiny bit better in every area that drives sales success, rather than 10x better in an individual area.

This has a “compound effect” on sales success.

Great salespeople aren’t simply a bit better than their peers in one area.

They wouldn’t be set apart from their average peers by being 25% better at one element of the sales process.

That wouldn’t be enough to separate them out and make them superstars.

The truth is, they’re usually only 10% better than their peers … but that’s across six or more areas.

Being 10% better than your average peers in six areas doesn’t make you 10% better overall;.

Those small 10% differences across six areas compound on each other. That’s what can make you an order of magnitude better than your peers.

That’s a massive gap caused by a handful of tiny differences.

And in many cases …

Here are a few thought-provoking data points that illustrate this point.

Notice that none of these data points are very interesting by themselves.

But they become massively interesting when you look at them all together. When you “see the forest for the trees.

Here’s the first one:

Their “talk to listen” ratio is around 46%. Average salespeople are in the high 60’s: 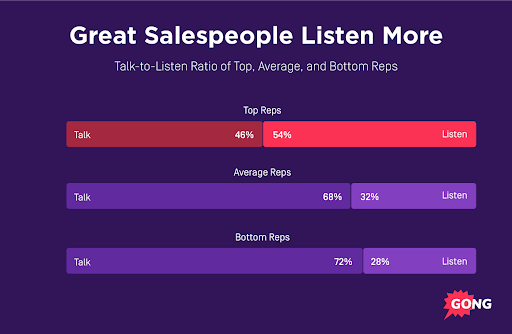 Now here’s a critical point for you to absorb:

On its own, this “listening habit” does not lead to dramatically higher performance.

But the story continues. Here’s the next part of it: 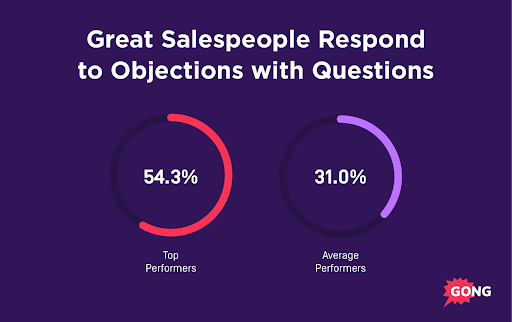 Great salespeople clarify what’s causing the objection before jumping to an answer.

The whole is greater than the sum of its parts.

We’re not done yet. 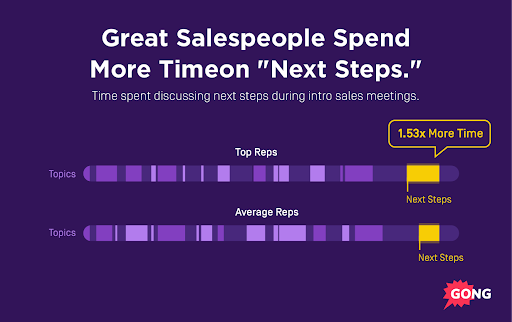 They take a leadership position, make recommendations, and spend more time with the buyer mapping out a set of actions to move the deal forward.

Would that simple act matter if they were deficient in other areas of selling?

They wouldn’t even get to talking about next steps if they were weak in other areas.

But when you combine it with the rest of their skills, you’ve got a chain-link system that leads to a crazy successful career.

What separates great salespeople from the rest is hard to see. That’s because they’re only marginally stronger in each area of the sales process.

I could keep illustrating this concept with more data points. But I’m guessing you’ve absorbed the takeaway by now:

Great salespeople do EACH area of sales just a few points better than their average peers.

It’s the accumulation of small advantages that compound on each other that wins.

A single advantage in sales has no power.

At least by itself.

But when you add a handful of small advantages together to form a system, you get a compounding success rate.

So let’s talk about …

How to double your sales success:

If you want to become a well-rounded, superstar sales professional, I’ve got good news for you.

Here’s how it’s different from other sales video series:

It’s designed to help you build a chain-link system of sales skills. One that shoots you into the stratosphere of sales success.

Most sales courses don’t recognize the “chain-link” nature of sales success. As a result, they fall short.

The entire premise of this course is that the chain-link system is what leads to success.

Here’s how the video series works:

There are five videos and each one is 15 to 50 minutes long.

Each video training addresses a core “chain-link” of sales success:

You’ll get one more video every few days.

BUT … This is NOT what you might be thinking

These videos aren’t a thinly-veiled pitch for a product.

In fact, Gong (my company) is only mentioned a few times in passing across all five videos!

Instead, this series contains rich material, crafted with YOUR success in mind. Not mine.

Ready to take it for a spin?

What To Know About Sales Efficiency: Metrics, How to Improve It, and More
21 user secrets and best practices to get the most out of Gong
Sign up to receive sales stats, data, and insights
SPREAD THE LOVE