What does it mean to “cross the chasm?”

Why does your strategy depend on knowing where you are in the journey?

When does relying on data or your gut make the most sense?

On a recent episode of the Reveal podcast, we connected with tech advisor and author of Crossing the Chasm, Geoffrey Moore, for answers to these and other questions that are top of mind for revenue leaders.

The Challenge of Crossing the Chasm

This is all work around something called the technology adoption lifecycle. And the model says at different stages in the evolution of a technology, different personas take the lead in adopting it.

So at the very beginning there are technology enthusiasts who are the very first. They just want to know how it works. It’s a passion of theirs. It’s almost like a hobby.

And then the visionaries who say, “If I’m the first to adopt this new paradigm, I can maybe use it to completely out-compete my peers in my industry.” They’re very interested in taking leapfrog successes. And they create something we call the early market.

And so the chasm was that gap between the early adopters who are happy to go first, and the pragmatists who are saying, “Man, I need to see more evidence before I go.” And we were losing a lot of technology companies in the middle of that. So the Crossing the Chasm strategy was, “How could you land on the other side of the chasm successfully?”

What’s hard about it is, you’ve built this technology for a very broad range of applications, and the strategy says, “I want you to focus on one and only one use case. It’s got to be a painful, compelling use case. And I want you to generate a complete reference base in that one use case.”

Adapting the Strategy to the Lifecycle

In the model, we identified four stages in the lifecycle where I think you’d want to say, “I’d want a slightly different sales team leader in each of the four stages.” So the early market, you’re looking for the evangelical salesperson who’s inspirational, can connect with visionaries and get excited. And you have to give them the freedom to develop a very unconventional deal. It should be a large deal, but it will have a lot of services, a lot of extras you would normally not approve. So therefore, you have to have somebody pretty senior doing that.

The “Crossing the Chasm” one, where you have that one use case—ideally if you had one person that came out of the customer base, who’d done that use case as a customer, and now would sell it for you as a salesperson. That’s invaluable to the whole sales team because that person says, “Look, let me tell you what this person’s dealing with. Here’s how you want to sell it. Here’s what they’re worried about.” That is really valuable. We call it domain expertise.

The final one, “Main Street,” is more about keeping your install base involved. And there, the customer success motion is increasingly important to make sure that the customer is ready for cross-selling and up-selling, and not churning out of your install base. And that personality is much more empathetic. More customer-oriented than product-oriented. So each stage, there’s a slightly different cast. You can’t actually swap out your teams. But you might say, “You should come to the fore in this stage, and you should come to the fore at that stage.” 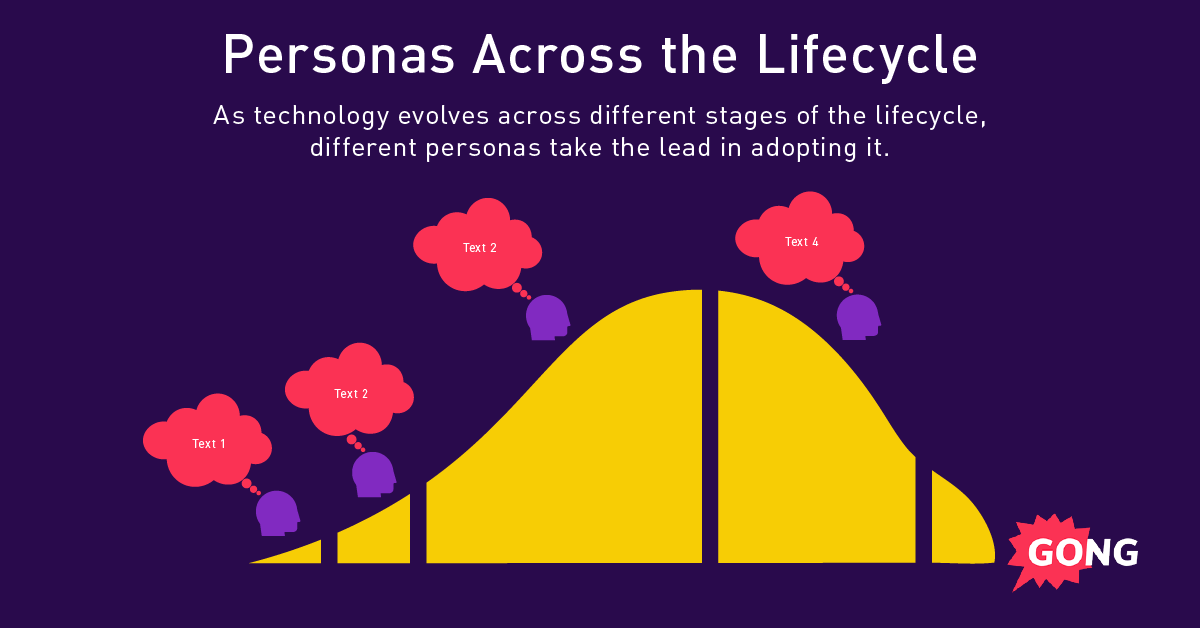 It’s not just the sales team. Because the way you do lead generation, the way you do product fulfillment, the kind of contracts you write, the way in which you validate business value received—all of it changes with each of those four paradigms.

The more you get into the lifecycle, the more important data is. At the beginning of a lifecycle, frankly you don’t have very much data. And it is about gut feel. It is about opinions. And basically, the way you solve that problem is you act on your opinion, which is often wrong, but you then course correct very quickly. So it’s fast fail, correct, fast fail, correct.

When you’re crossing the chasm…you have to have incredibly strong anecdotal data about the very specific use case you’re going after. But it’s when you get into the Tornado and when you get into the real battle for market share, it’s so easy for you to put your troops in the wrong markets at the wrong time. Or to waste time on certain accounts. Or even on certain salespeople or certain sales motions.

And now, becoming data-driven, and particularly because the time is compressed, you don’t have time to fake it till you make it. You can fake it till you make it at the early market, but not in what we call the Tornado. By the time you get to Main Street, the customer just expects, “If you don’t know me by now, you will never know me.” That’s how the customers feel on Main Street. So if you don’t have revenue intelligence, then it’s like, “Please, go home.”

So the difference between the Tornado and Main Street, the third and fourth one—in the Tornado, the real problem with not having enough data and not using data-driven decision making, is the opportunity cost of being in the wrong place. In the more mature market, it’s the churn cost of not meeting the customer’s expectations. 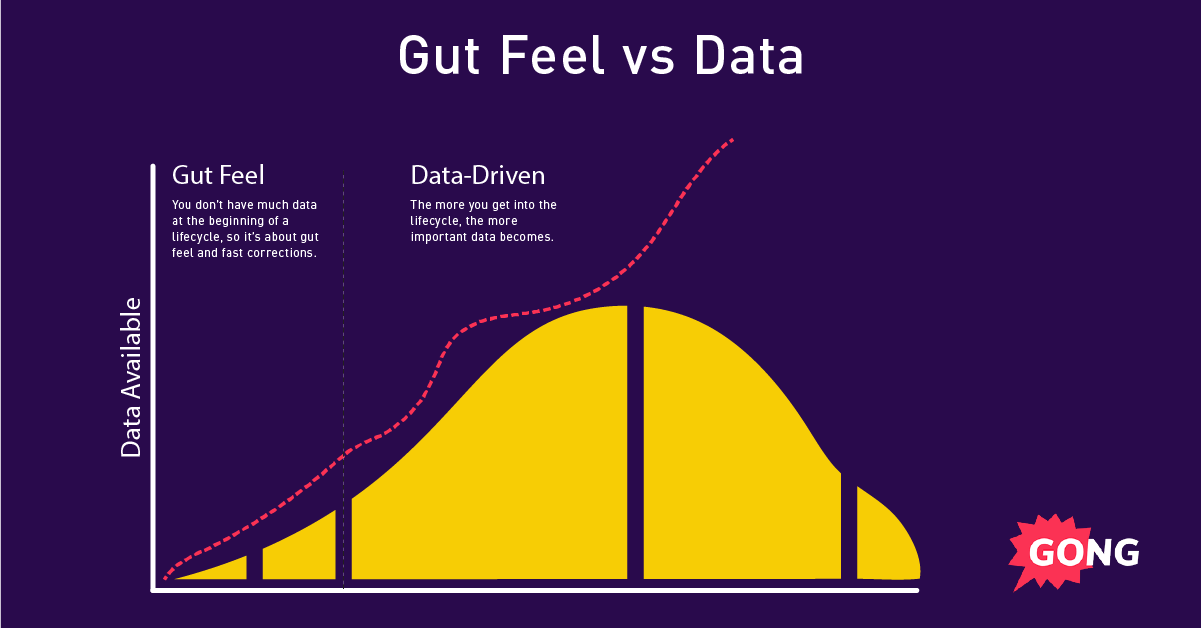 The salesperson is the biggest risk-taker in any company. You go into a situation, you really have no armor…and basically your success and failure is visible to the entire company. There’s no place to hide.