What’s one of the most important keys to career success?

How do you build an authentic culture?

Why is fostering a healthy competitive spirit so important?

On a recent episode of the Reveal podcast, we connected with Stephen Antuna, CRO of Reggora, for answers to these and other questions that are top of mind for revenue leaders.

The Importance of Mentorship

One of the most important things that I have an appreciation for and I reflect on is the leaders and mentors that I had along the way. Those are the people that take the time to challenge you, invest time in you. They take a chance on you.

If you don’t have that level of mentorship, it’s really tough to advance your career. It’s not to say that you can’t do it. But for me, that’s been sort of the guiding light as far as what’s really helped me over the last 19 years—is being fortunate in that I had a number of people that were willing to do those things.

I think as a sales leader, when you have a foundation and people sponsoring you along the way, it becomes easier to make career-altering moves. Because you’re sort of marrying those introspective moments that you have as you go through various sorts of stages in your career. You’re always thinking about, “Am I challenging myself the right way? Am I around the right people? Am I in the right environment? What do I want to do next?”

If you keep really good relationships intact, that’s one of the greatest resources you can have as a professional…tapping into the periodic commentary from your support network.

Having a really powerful network that can challenge, inform, and inspire you is just about building relationships, and asking people to provide you feedback on certain aspects of either the work that you’ve done or the ambitions that you have.

But you need to ask them, right? You need to bring that to the forefront. Most of those people are going to be really busy and involved in a lot of things.

The folks that have supported me throughout my career are the ones that seem to be the most giving of their time. Which is counterintuitive, because you’re taking these people as ultra-successful and super busy. Their time is in high demand. But my guess is that somewhere along the line, they’ve had similar experiences that they’ve been very fortunate, and people that were really critical to their development. And they feel somewhat of an obligation to pass it down the line.

I think it does come down to making sure that your expectations of them aren’t too great. Just having a mentor is not going to change the trajectory of your career. You have to come to the table with a lot of critical thought and self-reflection. And provide the atmosphere where someone who’s jumping into the conversation every six months has enough context to provide enough value and insight for you.

Because at the end of the day, it’s not a professional coach who’s shadowing you. It’s someone that probably lives a very busy life, that has a number of different things that are really important on their mind. So I think you can make it easier for the mentor, to provide that context and to provide the level of insight that you’re yearning, by giving them the Cliff Notes ahead of time. Or by giving them boundaries in which to think about the conversation, instead of just saying, “Hey, we’re having our six month conversation. I’m thinking about a career change and I want to get your thoughts.”

Well, where do we start, right? There’s so many dimensions to that type of conversation. So I think that the critical thing is, beyond just choosing the right person, is making sure that they know you’re as invested in that. And you’re making it easy for them to be sort of a companion in that—that they want to invest the time because they see how committed you are.

I think we can all agree that having a mentor is a positive addition to your development. And for this week’s data breakout, we wanted to zoom out and see what larger trends are out there.

There’s a ton of data out there on mentorship, and we came across a study by Olivet Nazarene University that surveyed 3,000 professionals: 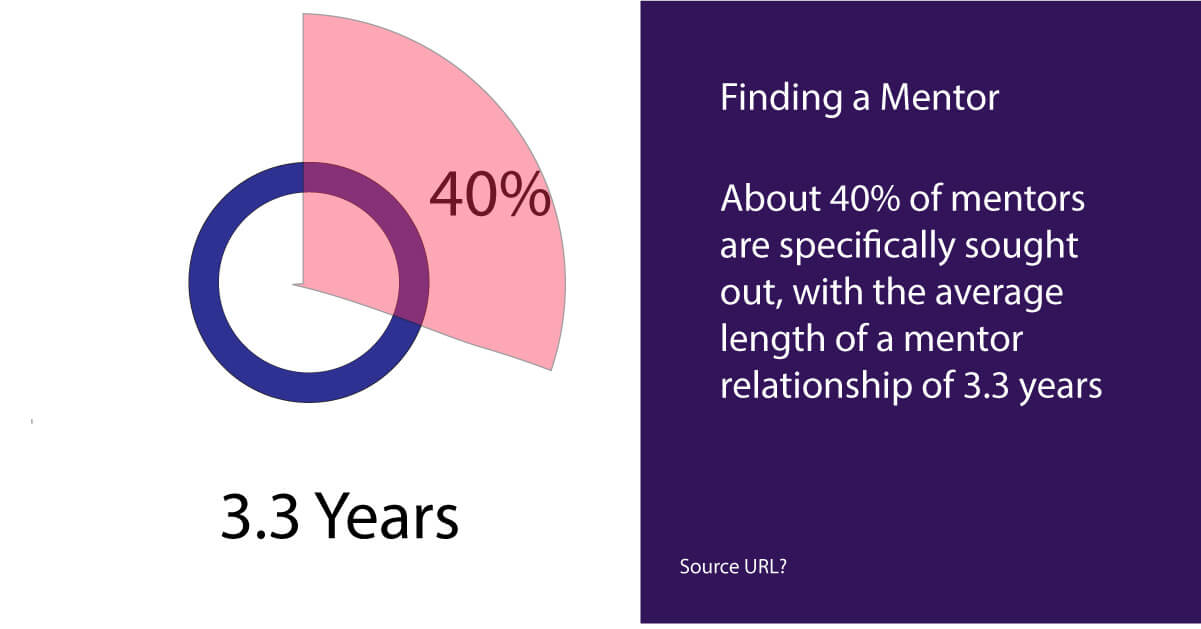 One of the things I’ve learned over the years is for culture to work, it has to be authentic. And the people that are really concerned and committed to making sure there’s a strong culture—they have to be present and active participants.

In terms of just organic authenticity, one of the things that you can’t do is prescribe culture like you can prescribe metrics, measurables, and a lot of other things in sales. You can’t prescribe it. It needs to be organic.

There needs to be some foundational elements in terms of just general positivity, professional courtesy, and diversity. I think those are all accelerants of having a good culture. But the thing that I like to stress to new employees [as well as] the group at large, is to think about culture as more of a bottom up than a top down mentality.

I think a lot of times it can be over-engineered, which isn’t necessarily a terrible thing because there’s a commitment and an emphasis around it. But when themes or factors going into building culture seem too artificial and manufactured, it becomes less about employee interest and ambitions.

If we’re all sitting here expecting the company we work for to create this dynamic culture out of a board room or a couple of meetings, that’s not realistic. That’s not how culture happens.

Healthy competitive spirit is really one of the biggest tools that any sales leader can leverage throughout their career. I think it’s just one of those elements that if you can tap into your team’s collective competitive drive, that’s the opportunity that allows you to up-level the group in such a scalable way. Because if you think about each individual contributor, they have their own set of skills, their own behaviors, right? Their own sort of ambitions and coaching for the most part is very individualized.

But I think there are really unique ways that you can galvanize the team as a whole. And that’s sort of raising the entire team in a way that’s so much more scalable than all of the one-on-ones and everything else that’s required.

You can do this in a number of different ways, whether it’s weekly and monthly challenges. But I think the ultimate key in terms of unlocking that competitive spirit is, it’s working when you’re creating this emotional connection between your sales organization and the company’s short- and long-term goals.

But I think that’s a really critical piece of thinking about leadership, and raising the collective profile of the group. Creating that emotional connection between our ongoing efforts and how that ties into the company’s overall performance.

Don’t think of it as an exchange of just valued services and money. Think about the real world business problem that you’re solving for them, how that impacts them and their career, and what that’s going to do for their company.