What’s the true impact of the people in your organization?

Why should we all be challenging industry “best practices?”

On a recent episode of the Reveal podcast, we connected with Patty McCord for answers to these and other questions that are top of mind for revenue leaders.

Patty served as chief talent officer of Netflix for 14 years, and is author of ‘Powerful: Building a Culture of Freedom and Responsibility’.

It usually resonates with salespeople and product people where I’m speaking in a language that they understand. Which is, “How do we create the best environment for the customer while we create great teams and great products?”

Working that way, that’s kind of my methodology. I try and teach people—begin with the end in mind and work back to the team you have, and that’s how you build great teams.

Build a System That Supports Collaboration

And for me, I looked around and went, “Well, pretty much everybody’s got a PhD in math, so they kind of know what greater than $10,000 is. What I’m actually telling them to do is to create three invoices for $9,000, to spend what they need to spend.”

The truth is that if your job is to approve something, you get power from saying no. You don’t ever go home and say, “I approved everything that came across my desk today!” You’re like, “Well, I told those engineers they couldn’t spend it because it was $11,000!”

That’s an example of how I had to rethink it and say, “You know what we need as an organization is the finance people embedded in the teams so they can say, ‘Just a heads up, we budgeted for $10,000 but our run rate’s $11,500. How do we think about that?’”

Which is a way for everybody to own all the components of the business. Not just, “Finance does the numbers, and Product does this…” So, we all know that we’re collaborative now. I want to have systems and structure in place that support collaboration, not support the old way of working so we have to fight it all the time. 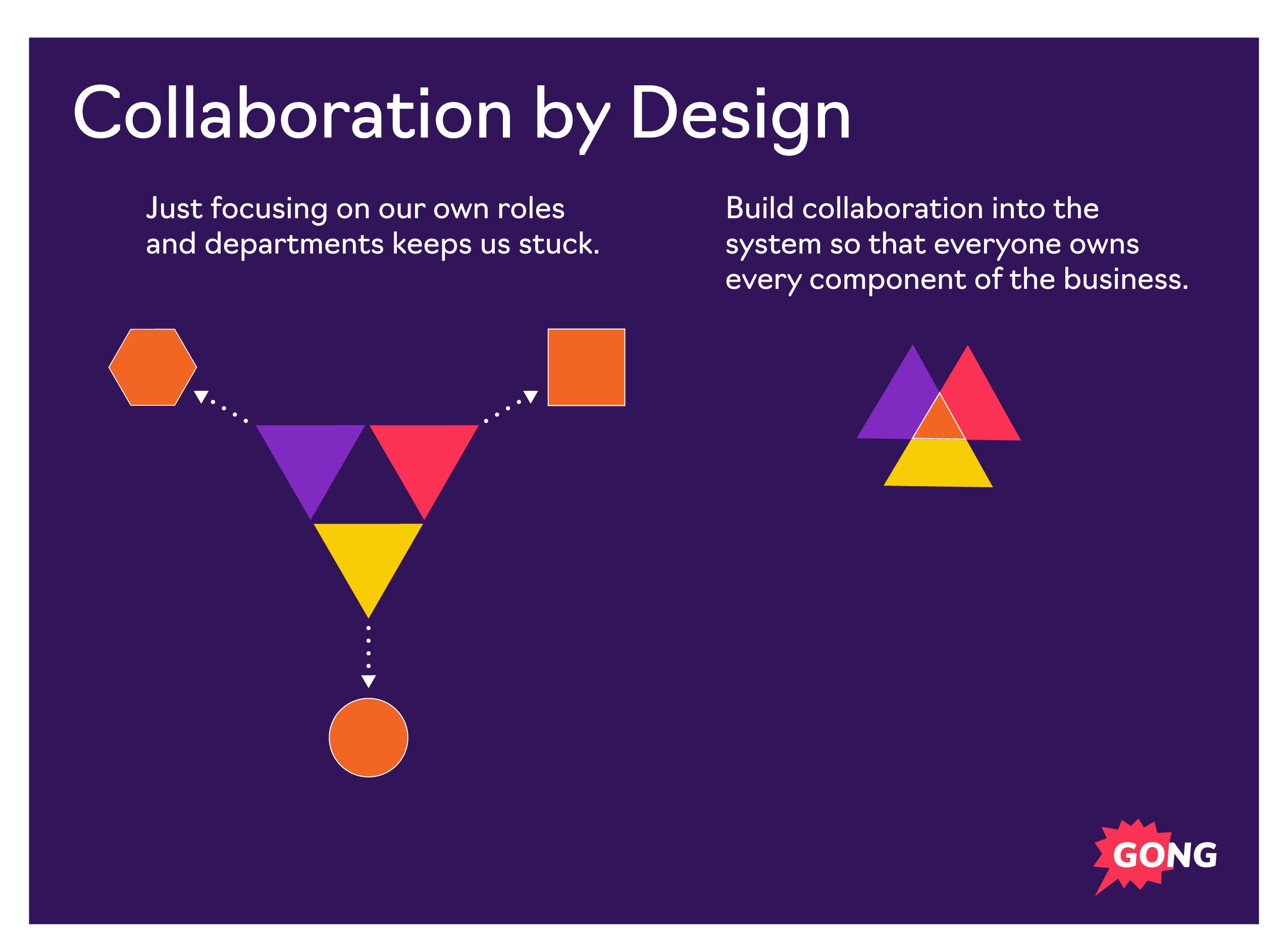 What I said in my talk today is that we don’t empower anybody, we take it away. So you already have power, I don’t have to give it to you. I just need to make sure that you have the context of the business, that you understand it deeply enough so that you’re going to make wise decisions. And you’re going to have the freedom to make a lot of decisions.

I think that if I could recommend a training class for everybody in the company…you teach everybody how to read a profit and loss statement. You teach people how you make money, how your business works, how it interacts, what’s the difference between revenue and profit.

People don’t learn that. So once you understand the mechanics of how you make money and what your product is, and what makes a happy customer, and how revenue comes in, and what expenses are—then you can make the right decisions, even about how you operate every day. And you have the responsibility to also make suggestions about how it could be better. And the thing is—particularly in early-stage startups—most of the decisions you make and the things you do fail. It’s like your whiteboards are full of, “Not that! Not that!” If somebody else could tell you how to do it, they’d already be doing it.

So there’s that idea that you build that self-housekeeping, cleansing, into your organization. Constantly looking at what’s working, what’s not. How do we change the “not to do?” And if it’s working now, will it still work when we’re successful?

What you’re going to look like as a successful company at 100 people is absolutely not the same company at 1,000. Things will change. And so, I want organizations to not be able to cope with change, and have change agents, and manage change.

I want them to say, “Wow, this is great! Things are different. What a great opportunity.”

I tell people to go home and throw something away that doesn’t work. 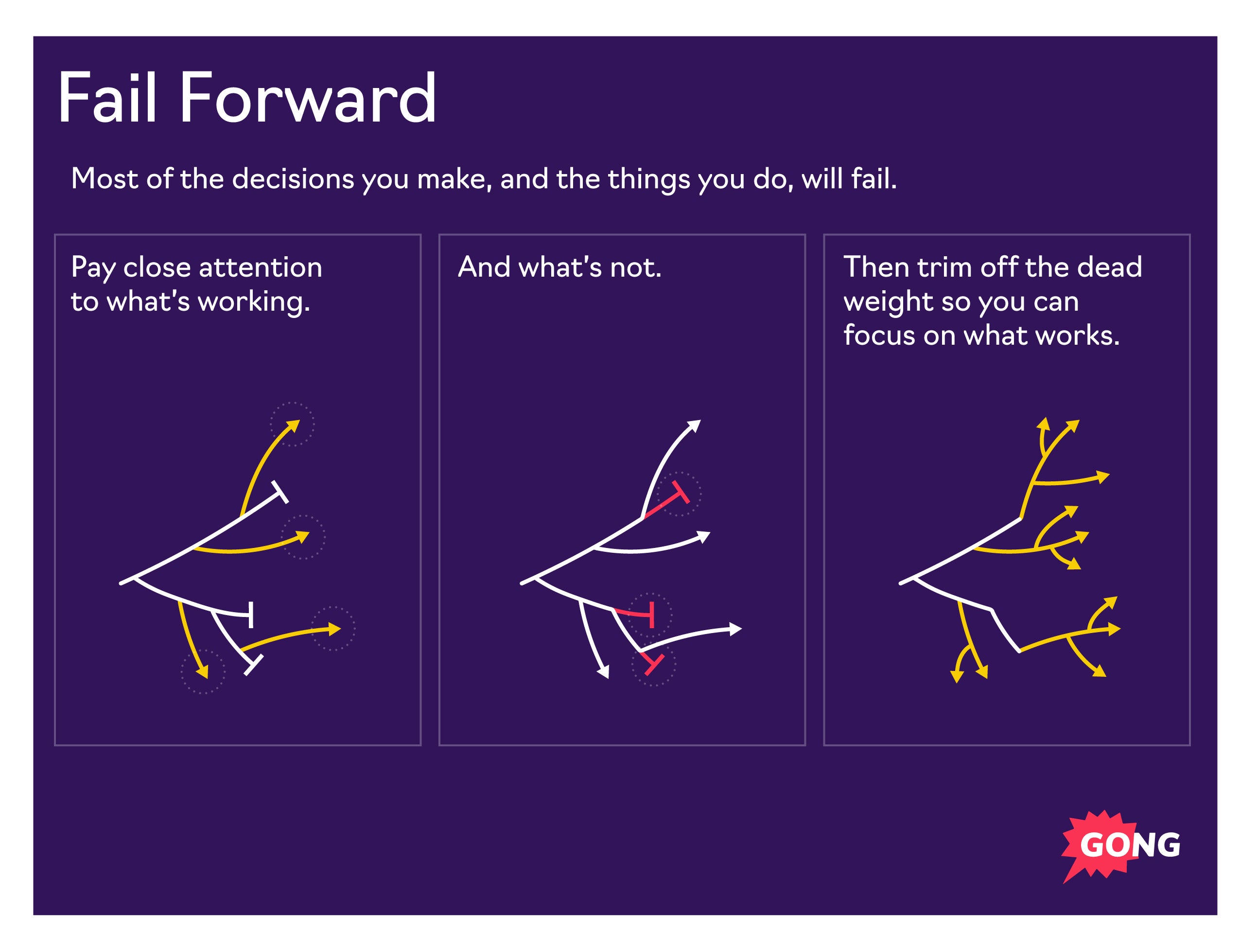 The thing as a leader, if you’re going to be in an innovative company like that, what I realized was, we could not let the team we had stand between us and the opportunity that was before us. It was about always building for the future, which often meant a completely different group of people because the task was completely different.

We were shipping DVDs, right? So this had to be in the cloud. And we had to go back and say, “Oh my God. We have to introduce a completely new technology, completely new set of skills, completely new way of operating, possibly in nine months!” It was a series of constant little opportunity bombs. So everything we know won’t work.

According to a CB insights poll, assembling the wrong team is why 23% of startups fail—the third highest reason just behind “no market need” and “ran out of cash.”

So while investors can often help with the second most common reason startups fail—not enough money—successful companies need a team to turn cash into success and execute on strategic plans.

That means resources aren’t enough. You need the right team in place to maximize the opportunity at hand and win your market, or successfully create a new one.

If you don’t? According to The U.S. Department of Labor, the average cost of a bad hire can equal 30% of the individual’s first year potential earnings.

This doesn’t even include the impact of lost wages for all the employees in the company that helped onboard and enable that employee—managers, peers, and people from other teams.

Own Your Career Choices

When I talk to women’s groups, I say, “Look, when your company does the engagement survey, they didn’t put a ring on it. You’re not married to them. And by the way, interviewing with someone else is not cheating on your husband. If you want to know what you’re worth, go interview.” And everybody should interview. It’s a good skill you’re going to need for the rest of your life.

And the other thing is that you’ll tell a stranger what you want, right? You don’t tell your boss because you’ve already got all this stuff built in. But a lot of times, when I would see employees that are unhappy, I’d say, “Go interview. Go over and talk to the Facebook folks.”

“Are you saying you want me to leave?!”

“But you sound like you might. And the grass might be greener. Go find out if they have an opportunity that we can’t give you. I want you to be successful. And if you can’t be here, then…”

But you know, 50% of the time I would encourage people to do that, they’d come back and go, “I’m actually pretty good.” We should all be doing that all of the time.

So, vote with your feet. Pay is market based. If you’re stuck in a situation where you can’t get what you’re worth, then don’t do that anymore. That’s kind of dumb.

The makeup of your organization should reflect your customers. You think about all of the things that are happening now with social media, for example. I wonder if that had been different if there had been a more diverse group of people making that stuff. A more diverse group of people going, “That’s really offensive! That’s not data, that’s nasty.”

If you don’t already have diverse customer bases, you will. So, it’s just all gonna come around, right? And it just makes better teams, and you want a lot of people from different ways of thinking and ways of looking at the world to contribute to what you’re making, because it just makes it more fun…”

Let’s take the case of Matt Lauer….Hoda is sitting next to him. What about the person at the desk already? So, when I talk to CEOs, I’m like, “Qualified female leadership is sitting in front of you. It’s already there. You think you’ve got to go outside? And are you making sure that—not when you hire, but every step of the way—are we giving everybody the same opportunity to pass or fail? Are we giving everybody the same access to information and other people?