Back to all postings 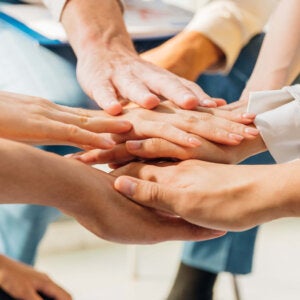 Chief Belief Officer – What It Is and Why You Need One

Get data-backed insights delivered to your inbox monthly.

“Duh” you may be thinking – I’m just stating the obvious.

We are just coming out of a global pandemic. Remote and hybrid work are here to stay. The labor market is the tightest it has been in decades. And on top of all that, the global recession is racing towards us hard and fast. Yikes.

It’s an extremely challenging time to be a leader.

I was recently speaking at an executive summit, and someone asked me my main focus during these turbulent times. Given the number of people who approached me and sent notes and comments after the session, seems my answer hit a chord.

Although most leaders are heads down driving operational excellence (as they should be,) I suggested that we as leaders have another key role.

Being the Chief Belief Officer.

Well, that’s because I made it up.

My top show at the moment is Ted Lasso. I love how Ted’s locker room “Believe” sign is always front and center. Ted points at the sign, jumps to hit the placard, and constantly draws the team’s attention to the prominent word on the wall. 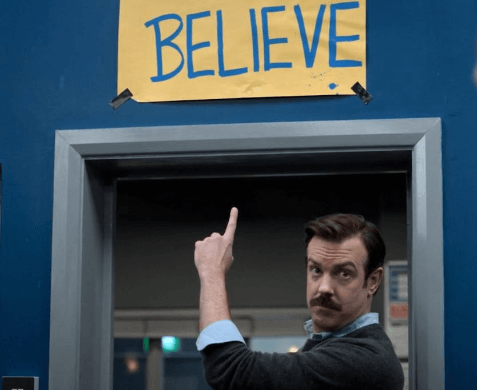 I’ve had Believe signs in my office for years. In fact, I’ve been talking about the importance of Belief for decades. I even wrote a keynote speech emphasizing the importance of belief back when I was selling books door to door in college. And that was when I was just 21!

Belief is more important now than ever. Our people feel beat up. There is bad news out there every day – lay offs, physical and mental health crises, economic woes, social unrest, wars, burn-out. Ughh. It’s exhausting some days just getting by.

So how do we motivate our people to keep on going?

Belief is key. Belief is the secret sauce.

One of my favorite stories about belief is the story of the Four Minute Mile.

Do you know this story? If not, you definitely should.

Let’s go back in time. It was the middle of the 1900s. Scientists and doctors said a four minute mile was physically impossible. The human body just could not run that fast. The mile record had stood at 4:01 for 9 years.

Yes, Roger broke the four minute mile and amazed the world. He accomplished something that all the science said was impossible. But, this isn’t even the most amazing part of the story…

Just weeks later, another runner ran the mile in 3:57. Soon, more and more runners started breaking the four minute barrier. In the last 50 years, the four minute mile has been lowered by a whopping 17 seconds. The current record now stands at 3:43 minutes.

Bannister had incredible belief. His belief made the difference. What can we learn from his achievement?

Here’s my take on the 4 tips to build belief:

Roger fundamentally believed he could break the four minute barrier. He could see himself clocking in at less than four minutes, despite what the experts and science said.

You can do this too. Help people feel and taste success. Help your team imagine what it will be like to win.

Picture yourself on the beach at President’s Club with all the top performers or having the entire company celebrate together at Sales Kick-off.

Visualization helps people achieve their goals. This strategy has been used by olympians like Michael Phelps and Katie Ledecky, as well as business icons like Oprah Winfrey and Sarah Blakely. Check out this Inc. Magazine article about how visualization can help.

Roger had confidence that he could do what people considered undoable. Even impossible. He knew his splits for each lap. When he added up his splits for the first lap, second lap, third lap, and fourth lap, guess what? The splits added to less than four minutes. Roger’s own data proved and solidified that a four minute mile was indeed possible. He built and secured his confidence with data.

This is key. Have fun with numbers. Break goals down into small, manageable bits.

Here’s an example of how to do this for a sales rep. Look at her stats – total meetings, lead conversions, transactions, average deal size, close rates, etc. Slice and dice her numbers to show what is possible if she improves slightly – even just a tad – on one or two metrics. Compounded incremental improvements have a big impact. These baby steps make it easier to digest and believe.

Building belief is often a simple game of data. Break the data down into believable bite-size chunks.

In order to instill belief in your team, you must first believe yourself.

Some of us forget the importance of our own self-talk. Makes a lot of sense though. If you don’t believe that you can accomplish your goals, how in the world will you motivate your teams to believe?

Once you believe, your belief will be contagious. Sometimes we believe in our team and individuals on our team even more than they do. Our teams will often derive their self-confidence from our unwavering belief in them.

If you don’t believe, and you can’t muster up belief yourself, then get off the train. You won’t be able to inspire belief in others unless you have believe yourself.

Let’s get back to the story of Roger Bannister. Not only did he crush a record, he also shattered all belief barriers. We see this all the time in the business world.

People may have thought a million dollar deal was impossible. But after one sales rep lands that first massive deal, other big deals land one by one. We’ve all seen this happen. You know what I mean. Another example – people may not think they can close many new customers. Then they see someone else crush it with new logos, and they know they can get there too.

Many have so much anxiety and worry in today’s environment that their belief has waffled. Once we can again paint the path to future success, people tend to worry less and just get on with it.

Most people in our companies think they are very good at what they do. They are used to being the best. They are accustomed to winning.

As a leader, you need to set (and possibly re-set) the belief bar. Then, you need to show people how they can get there. Like Roger Bannister, break down the goal into bite-size chunks. Show your team the goal is achievable. Share your vision with such passion that your confidence and belief is palpable and contagious.

Our role is to build and reinforce our team’s belief each and every day. This is our job.

So go out there and be CBO. Be the Chief Belief Officer. You got this.

I’d love to hear from you. What do you do to inspire belief?

President and COO at Gong

Stay connected with me on LinkedIn

Get data-backed insights delivered to your inbox monthly. 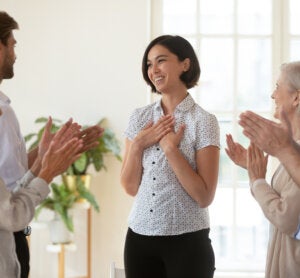 In Gratitude… Giving thanks is more powerful than you think 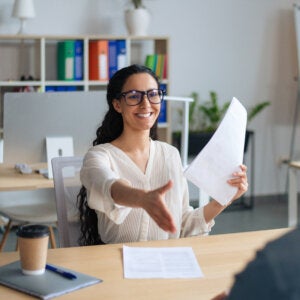 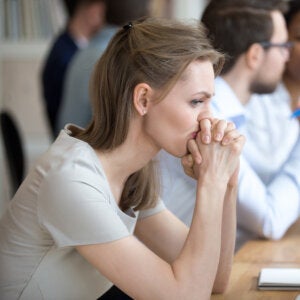 Mistakes happen – here’s what to do next 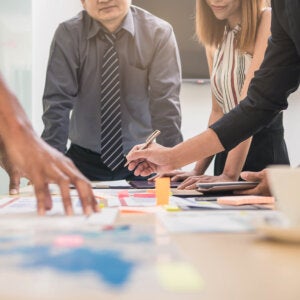 Every company needs a strategic narrative – here’s why 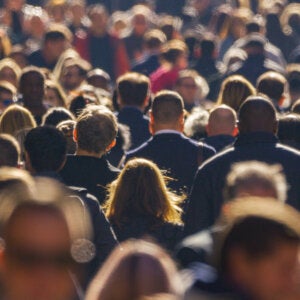 People as a competitive advantage 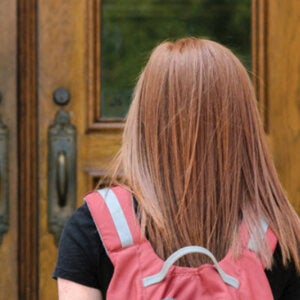