The best way to build rapport in sales changes from situation to situation.

What works in one case actively causes failure in another. Winning strategies have a way of reversing themselves if used at the wrong time or place.

This is true for virtually all well-established sales techniques. True sales prowess comes less from knowing the sales techniques and methods and more in sorting out the situations in which each applies.

Building rapport is no exception.

While I can’t help you sort through every situation, our data scientists happened to pull some stark rapport-building differences between top and bottom sales performers from analyzing a massive database of B2B sales call & demo recordings.

The best approach to rapport building is a function of how complex your sale is.

For those that sell to the enterprise, the highest performing salespeople spent the most time building rapport: 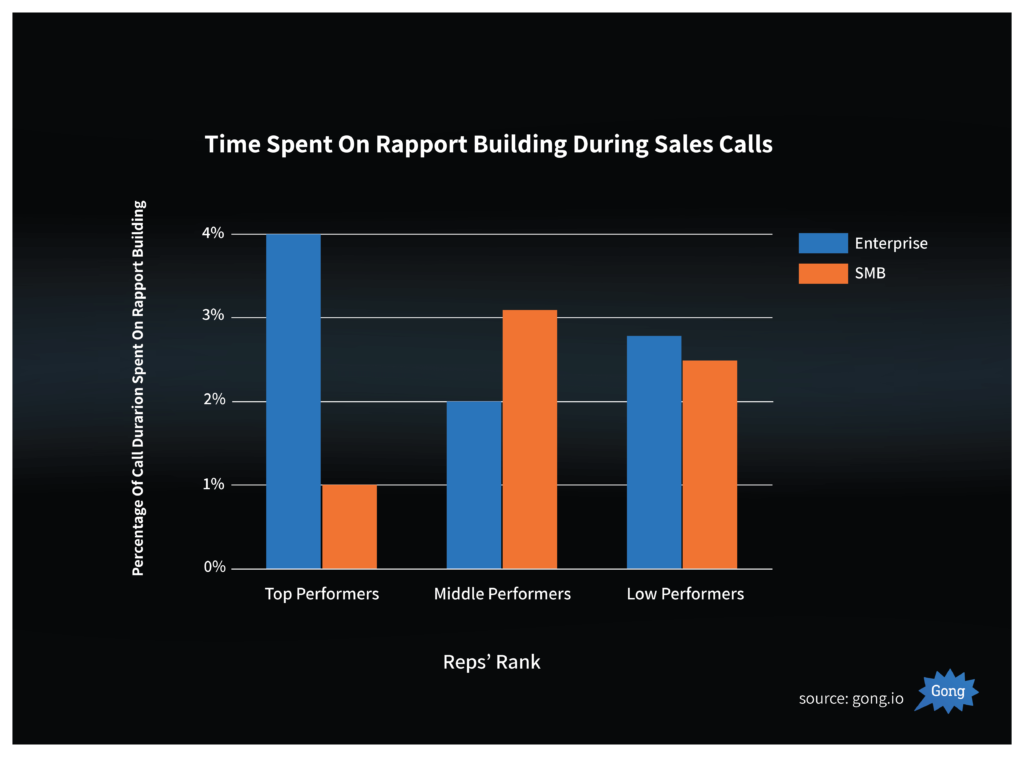 The more time that was spent on rapport-building conversation, the greater the closing ratio.

However, it was the exact opposite in the case of selling to SMBs.

The highest performing salespeople in this group spent the least amount of time building rapport. Their low-performing counterparts spent twice as much time on rapport-building conversation.

The most effective approach to rapport reversed itself between the two groups.

Build Rapport at the Beginning of the Call

Whether or not they sell to the enterprise or to SMBs, the best salespeople build rapport early on in their sales calls compared to their peers: 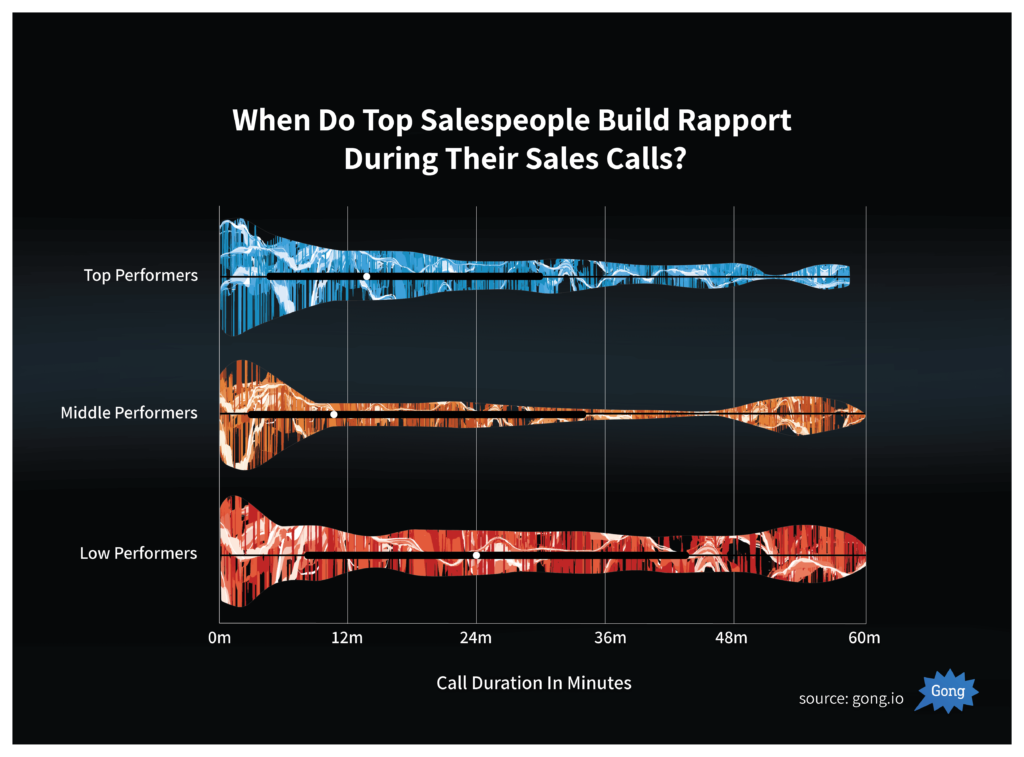 Low performing reps, by contrast, tend to spread their rapport-building conversations evenly like peanut butter through the entire duration of a call.

The most common point in sales calls for a low performer to build rapport is at the 40% mark, whereas top-tier salespeople build rapport before the first 20% of the call.

Building rapport is perhaps the least data-driven aspect of selling.

Rather than taking this data so seriously that you refuse to vibe and build rapport past the 20% milestone of your calls, I hope you instead use this as a barometer that points you in the right direction.

Stay tuned for more data next week. In the meantime, feel free to tell me what you make of this in the comments below.