increase in win rates per person

Pre Gong, Tray.io lacked visibility into customer conversations and needed to work on efficiency and alignment across the org.

With Gong, Tray.io improved alignment, competitive wins, outbound sales, account management, and their onboarding process. Through the Gong and Slack integration, they were also able to better align their teams and increase efficiency. 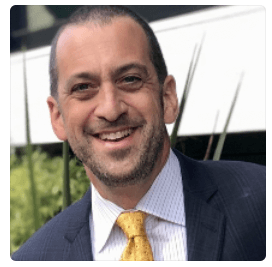 Gong has proven to us that there's value in getting people engaged in the platform and thinking about other ways to tie data together. It's led to very successful outcomes.

Tray.io is a company that really understands how important it is to have data that communicates — it’s an integration platform that connects and streamlines dissimilar tools.

David Hershenson is their Senior Director of Revenue Operations, and he used Gong to grow the business for three years.

“I’ve been in SaaS for almost 20 years, and every year there’s a new tool to solve some problem,” says Hershenson. “It’s a real challenge to leverage data from one source to another. Gong made that easier for us.”

Hershenson’s RevOps team is now highly agile… a trait that every team needs in today’s economy.

We’ve detailed his team’s successes below. Give a thought to how your team might use Gong to nail down similar outcomes.

Get everyone on the same page

Accurate and consistent communication is the key to productive customer relationships.

So you can imagine their reaction when Hershenson and his team noticed that they were receiving complaints from new clients who, after signing up, were made aware of factors that weren’t mentioned in the sales cycle.

Using Gong, they discovered that a few key phrases caused these misunderstandings.

Hershenson immediately knew how to solve the issue.

“We narrowed it down to specific terms that created the misunderstanding,” he says. “Then we tracked when those terms occurred throughout the entire sales cycle and sent out recommendations.”

Cutting to the heart of the issue meant the RevOps team easily figured out that they needed to notify individual reps and their managers to point out the misused terms. 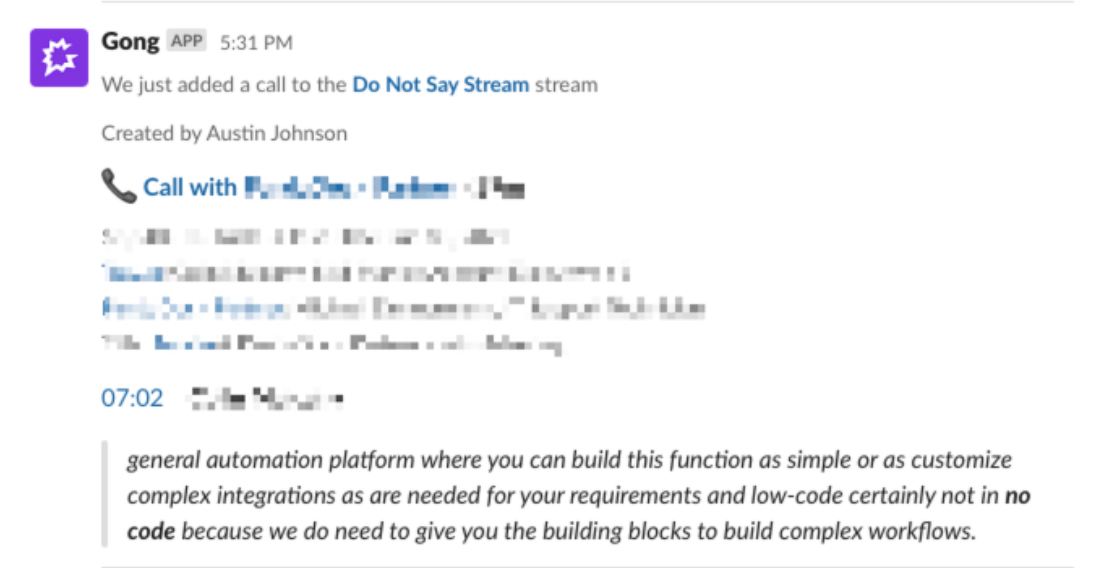 They now use automated reminders, so when a term is flagged in a recording, the rep gets a message saying, “You said that, but we need you to say this instead.”

“Within four to six weeks of starting this exercise, the use of those terms has dropped to zero,” says Hershenson.

BONUS: This training on the spot also helped Tray.io reduce onboarding ramp time, moving them closer to their reduction goal of 50%. Wins on multiple fronts!

“We feel the increased market competition,” says Hershenson. “So we asked ourselves how we should adjust and juggle this new reality.”

Turns out, it’s by applying the tools they already use (including Gong), but in a new way.

Most prospects aren’t open about which competitors they’re considering in their buying process, but Hershenson realized that prospects disclose more than they realize by using certain terms.

Now his team listens for them using Gong.

“Our competition uses language that’s specific to them, so we can make some assumptions based on the terminology our prospects use. If they use our competitors’ terminology, we can assume they’re also talking to our competition.”

Sellers’ conversations are logged automatically into Gong, so Hershenson used the data he already had on hand to make strategic decisions about how to handle competitive deals that were in play. (Smart move!)

By analyzing competitor language and setting up alerts for those terms, RevOps has given the sales and accounts teams the ability to get seriously strategic in competitive deals.

That means they head the competition off at the pass.

Simply knowing that a call occurred is not enough when you work strategically.

If RevOps teams are going to catch and fix issues, they need to know what’s happening on every call.

When Hershenson and his team track meetings, they use Gong, Salesforce, and Slack. On occasion, Gong records a call that a rep doesn’t record in Salesforce — sometimes because it’s a quick, off-the-cuff chat — but RevOps still wants to know the outcome.

“We want an accurate picture of call outcomes, so if we see that a call was recorded but didn’t tie into Salesforce, we hit up the seller on Slack to ask about the call,” says Hershenson. (If you’re a Gong user and this happens to you, check out this page in our Help Center to make sure the calls you want are recorded and integrated into Salesforce.)

The RevOps team has set up an automated message in Slack with response options for the seller.

“We give them options, they click a button, and the call information is automatically updated,” he says. “This works on the back of the Gong data we receive.”

Having improved their reporting on when meetings happen and what’s said in those meetings, RevOps compares the new data with other activity data to assess their outbound sales motion, part of another company-wide objective.

Nothing is untracked. Everything is assessed.

On top of highlighting areas where the sales and accounts teams could be more strategic, Tray.io’s use of Gong increased wins across numerous teams.

Before Gong, data was spread across several tools, so leveraging it was time consuming and frustrating. Not surprisingly, this created a manual-task overload and employees also missed out on useful insights. With Gong’s straightforward integrations, every bit of data pulls its weight for Tray.io.

The results speak for themselves: “We saw higher win rates and bigger deal sizes when we got people iterating based on insights from Gong,” Hershenson says.

In an analysis of almost 17,000 Tray.io opportunities, using Gong resulted in a 13.66% lift in win rates per person and a 1.57x increase in average ACV.

Imagine the effect those numbers would have at any organization.

“Gong has proven to us that there’s value in getting people engaged in the platform and thinking about other ways to tie data together,” says Hershenson. “It’s led to very successful outcomes.” 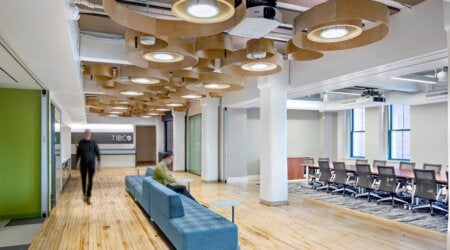 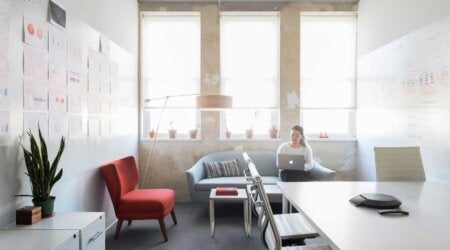 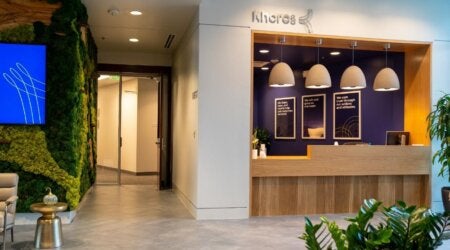