I sat spellbound in an onboarding class watching the company’s founder – Ken Krogue – present some compelling research on lead management.

He talked about how leads are more likely to answer the phone and agree to a demo on certain days of the week and at certain times of the day. He also discussed that if you call a web lead within 5 minutes, they are 100x more likely to pick up the phone (!).

A lot of sales problems have been answered with data since then, haven’t they?

Fast forward to 2017, and I’ve found myself working on a similar project with Gong’s research labs.

Ken and the insidesales.com team’s data set is great for SDRs and other sales reps who do volumes of prospecting and appointment setting.

But what about B2B account executives who do scheduled sales calls and demos?

Are there certain days of the week and times of day that make a prospect more or less likely to actually show up to the scheduled call?

It’s frustrating to sit on a vacant GoToMeeting call for 15 minutes and have to shut it down because the prospect didn’t show up. Now you’re out valuable selling time. Worse, the sales cycle for that deal is going to be extended since you’ll have to reschedule the call for a later date.

“No-shows” are equally frustrating for sales managers who want to “live shadow” their reps’ calls for the sake of coaching (which is one of the five reasons I recommend using call and demo recordings instead of live shadowing as a method for call coaching).

To help you and your team avoid no-shows, we analyzed the days of the week, times of day, and other variables that correlate with high and low “no-show rates” for sales calls.

Surprisingly, afternoons are a better time to schedule your sales calls than mornings in terms of preventing no-shows and optimizing your hold-rates: 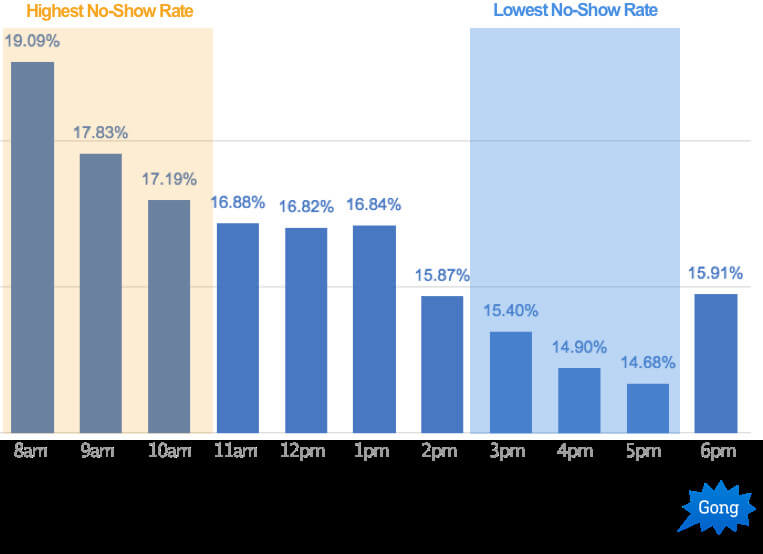 If you would have asked me to guess the best time to schedule sales calls before I saw this data, I would have said between 8 am and 11 am – when people are most “fresh.” Turns out, I would’ve been wrong.

In hindsight, this makes sense. People are just getting into the office and may be pulled in several different directions by their bosses, forcing them to skip out on your meeting or call.

If you schedule your sales call for 4 pm compared to 8 am, your odds are 30% greater that the prospect will show up to the meeting. 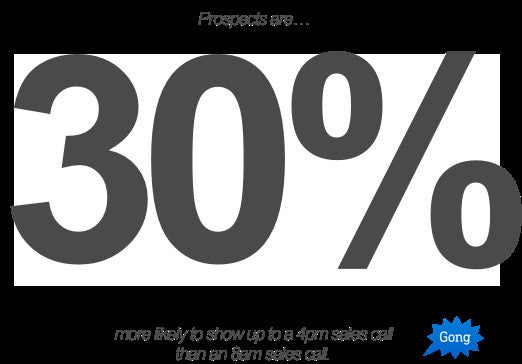 This data becomes more interesting when we take a look at what times salespeople most often schedule their calls: 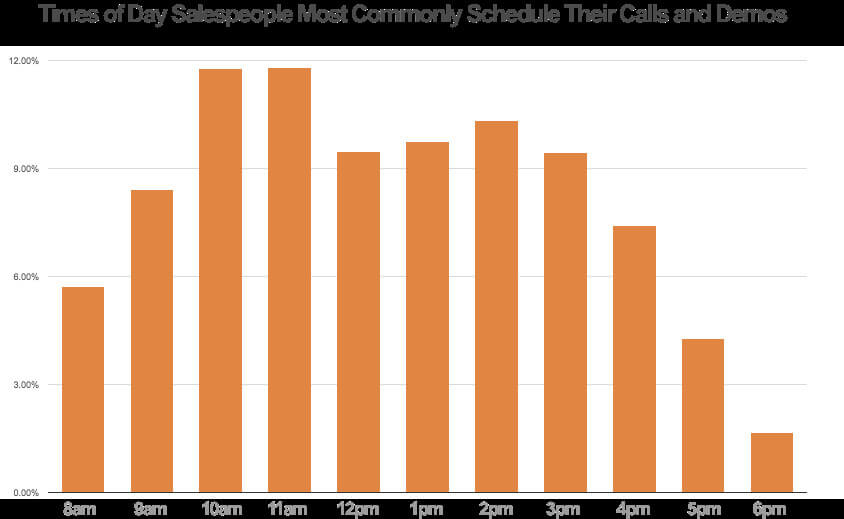 If you’re begging for an action item, start distributing your scheduled sales calls to more accurately align with the first chart.

There was significantly less variation on no-show rates by day of the week compared to the time of day data we just covered. But it’s still worth noting… 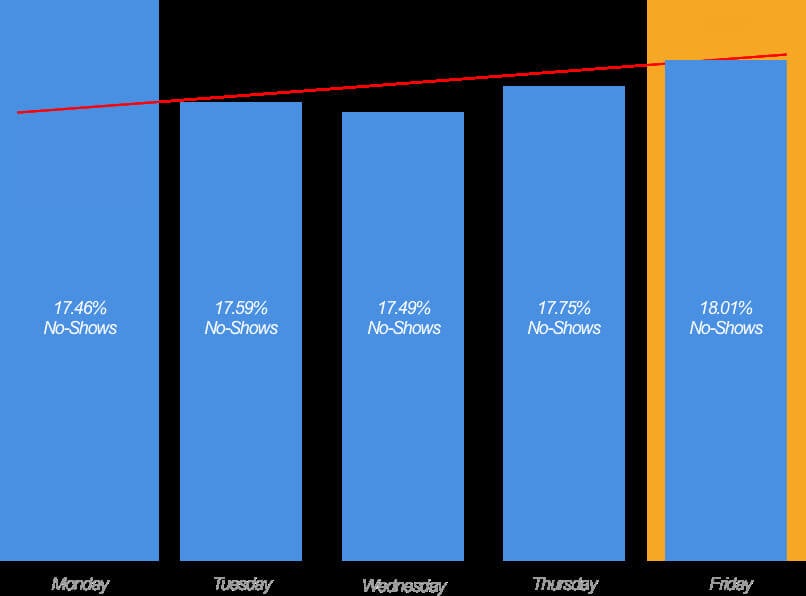 What makes this worth noting is the potential story you could draw from it – it seems like there is a declining likelihood of prospects showing up for sales calls as the week progresses.

This data point was less counterintuitive to me. I pretty much expected Friday to have the highest no-show rate (fun fact: we also analyzed weekends for those who happened to schedule calls on weekends. As expected, the no-show rate was about 4x higher than a typical weekday).

That’s all the data I have for now folks.

I hope you’ll find this useful when battling “no-shows.”

If you liked this data, check out the rest of our research by heading over to our sales research library.