Every word and phrase uttered on a B2B sales call influences the outcome of that deal. Sales conversations are what drive revenue. But until now, they’ve been guesswork.

Hundreds of thousands of sales call recordings were fed through Gong’s self-learning conversation analytics engine to surface the patterns of what top sales performers do on their sales calls. Check out the infographic below to see how your sales conversations stack up. 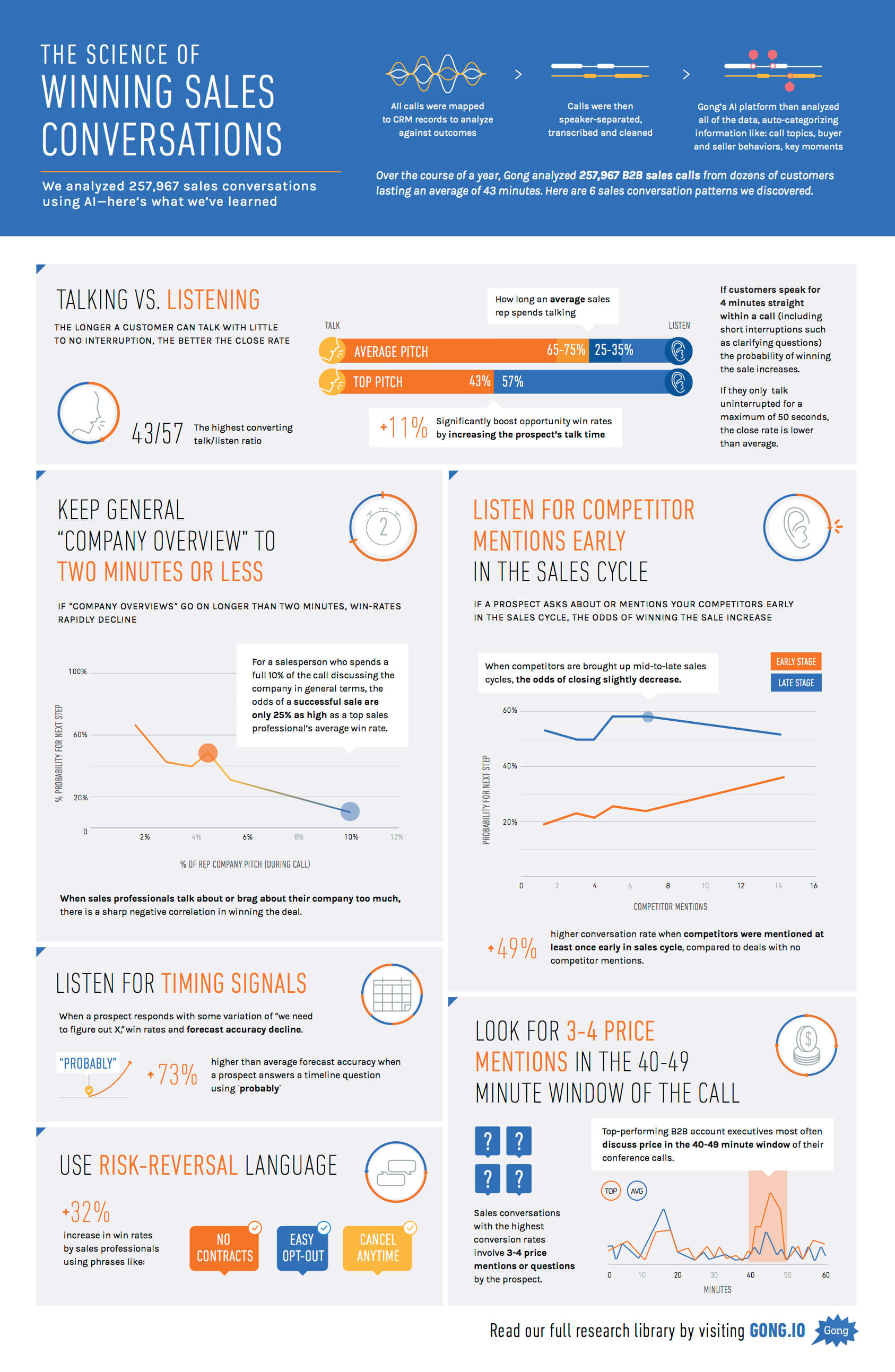 Talking vs. Listening: The highest performing B2B sales conversations have a 43:57 talk-to-listen ratio. And the longer you can get your customer talking for an uninterrupted period of time, the better.

Company Overviews: Keep the “About Us” part of your sales deck to a minimum. Two minutes spent on this seems to be fine. After that, there is a sharp dropoff in win-rates.

Competitor Mentions: When your competitors are mentioned early in the sales cycle, you have a greater chance of winning the deal than if they were not mentioned at all. However, if they were mentioned late in the game, your win rates will be lower on average.

Listen for Timing Signals: It turns out, there are specific linguistic cues buyers will signal during sales conversations that indicate their likelihood of purchase. For example, when you ask the “timing question,” look for the word probably in their response (a good thing), as well as the phrase “we need to figure out ________” (a negative signal).

Risk-Reversal Language: When sales professionals use risk-soothing language with their buyers, such as talking about opt-outs, guarantees, and SLAs, they increase their sales win rates by 32% on average.

Pricing Trends: Top B2B sales reps “talk price” in the 40-49 minute on their sales calls (whereas average and low performers tend to distribute their pricing discussions evenly throughout the call). We also discovered that 3-4 pricing questions or mentions by the buyer correlate with the highest win rates. Less than three or more than four, and win-rates begin declining.