A VP of Sales recently told me he has automatic alerts set up each time his competition is mentioned on a sales call. He then went on to say his team has a higher win rate when competitors are discussed by the buyer during the sales cycle compared to deals where the competition isn’t discussed at all.

This made me wonder if that’s the case for most B2B sales teams. Are you more likely to win competitive deals than you are “greenfield” deals? It seemed like a simple question to answer – or so I thought.

Our data scientists analyzed a large pool of transcribed sales call recordings with machine learning. These calls were from companies similar to each other in terms of sales cycle, products, and market. Competitor-related discussions were analyzed across each stage of the sales cycle, and the effect they had on the outcome of the sale was then compared to deals that did not have competitors discussed. 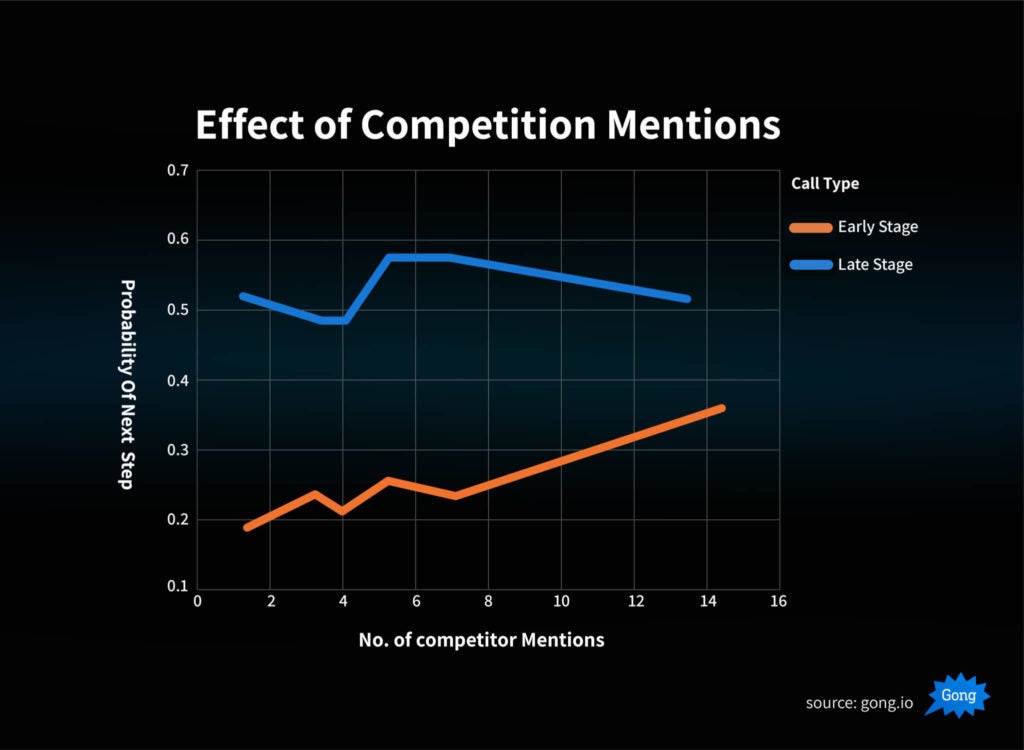 So, are competitive deals easier or harder to close than greenfield deals? The nuanced answer is…

It depends on which stage in the sales cycle the competitor is discussed.

If you have a competitive discussion early in the sales cycle (prospecting, discovery, and first demos), you have a 49% greater chance of closing the deal compared to greenfield deals. 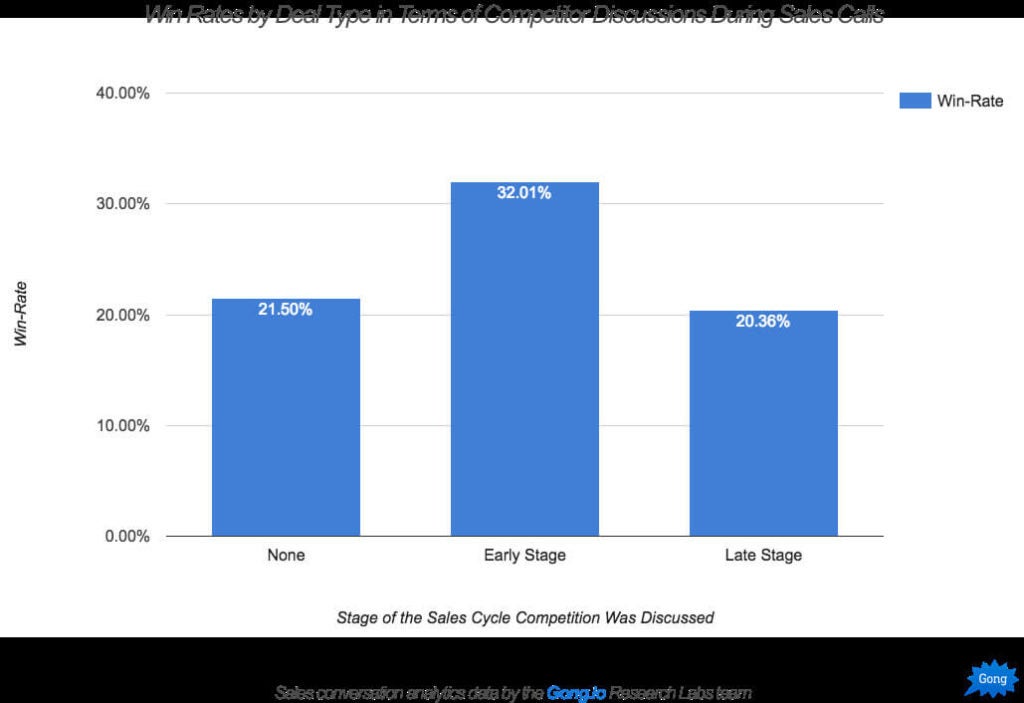 But if you discuss your competitor in later stages of the sales cycle, win rates decline, with a slightly lower probability of closing than greenfield deals.

It also turns out that late-stage competitive deals have smaller deal sizes than the other two situations. This could illustrate that reps resort to discounting to beat the competition when they fail to preempt the deal early on.

The classic interpretation of this data would be that competitive deals are a good thing since the customer is educated about the space, but you have to win the competitive battle early on to set the buying criteria in your favor.

To get some actionable advice, I asked a few sales leaders how they handle the competition during sales calls. Here’s what they had to say.

If this data was useful to you, please hit the share button for LinkedIn and Twitter. Your friends will appreciate it.

If you liked this article you might also be interested in: Selling against the competition – How to win every time